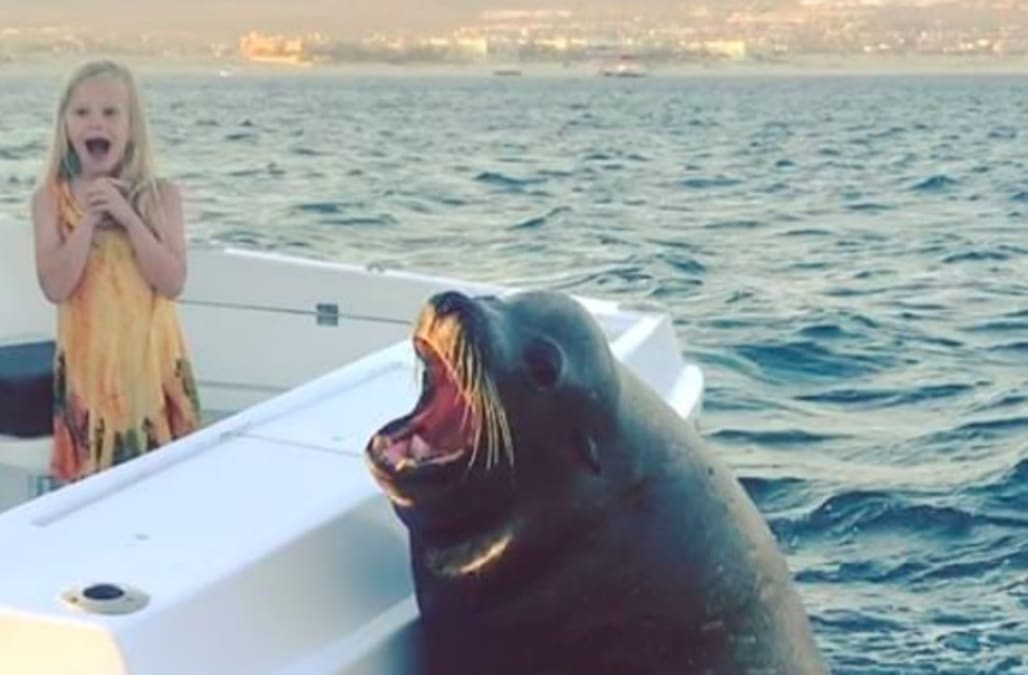 A massive seal climbed aboard a fishing boat near Cabo San Lucas, Mexico, last week -- much to the surprise of the family on board.

Photographer Brent Bielmann captured footage of the enormous creature visibly weighing down the back of the boat.

It stares attentively at a fish in the hands of one of the people on the boat, scaring a little girl.

We caught this guy ridin dirty a few weeks back in Cabo! #biggie 🐟 It was @enroutenonstop family boat outing

The seal eventually gets its way and disappears into the ocean.

This particular beast was likely a California harbor seal -- they can grow to be hundreds of pounds. They once nearly went extinct, but now they are relatively common.