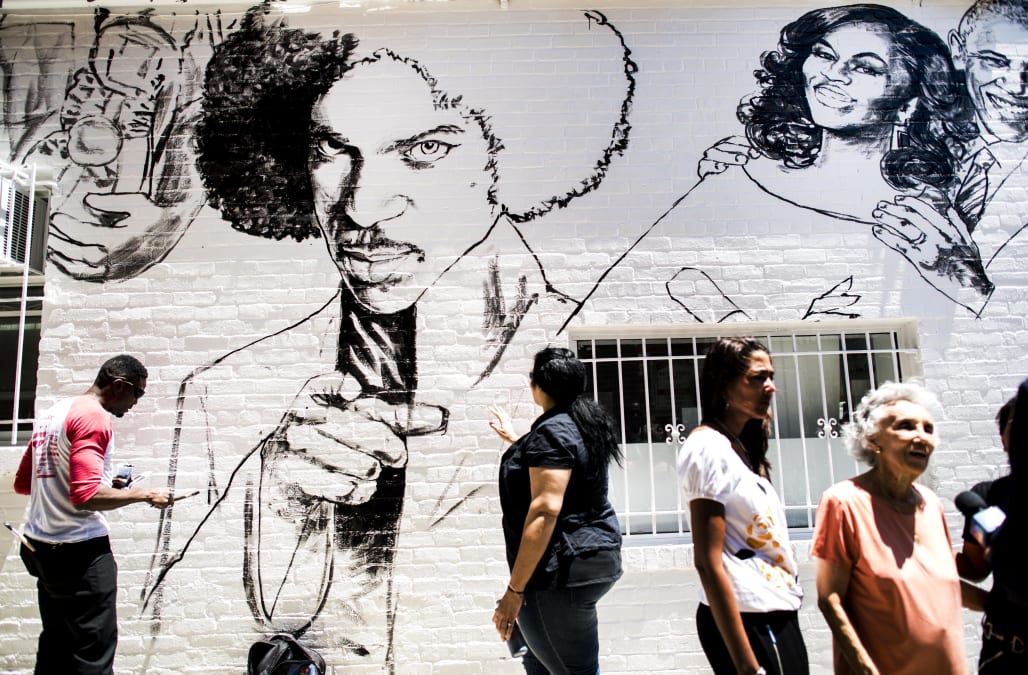 People were surprised to see that the famous mural on Ben's Chili Bowl had been repainted and while there were still the glowing faces of the Obamas, Muhammad Ali, Prince and others such as Harriet Tubman, one face was missing. That face was Bill Cosby's.

"Is this where Bill Cosby used to be?" Vivian Staine, 30, asked. "It's kind of shocking to see Bill Cosby is down after he's been here so long."

Many in the black community have struggled with the sexual assault allegation against Bill Cosby. For years he was a shining beacon in the community, a pillar of family values. His fame is part of what made Ben's so famous.

Cosby had been a regular there since he was in the Navy back in the 1950's. He became friends with the owners Ben Ali, who hailed from Trinidad, he died in 2009, and his wife Virginia. She now runs the restaurant with her three sons.

There is a historical informational sign outside the restaurant that reads, "Thanks in part to the patronage of entertainer Bill Cosby, Ben's has become a national landmark."

That's why no one was shocked to see Cosby's face on the 2012 mural along the likes of actor Taraji P Henson and rapper Wale. Then the many allegations came out and it was revealed that Cosby himself had admitted to intending to drug women he wanted to have sex with.

Last Saturday a mistrial was declared in his first sexual assault case after jurors were deadlocked.
The new mural has 16 luminaries of the black community, minus Cosby's grinning face.

According to Virginia Ali, they ran an online poll to see who should be included in the new mural. Barack and Michelle Obama came first and second respectively and Cosby didn't make the top 16 at all.

She says in regards to the claims against Bill Cosby, "That's not the man I knew. It's one of those 'he said, she said' things and there's no point getting into it because I wasn't there. I feel badly for everyone involved."