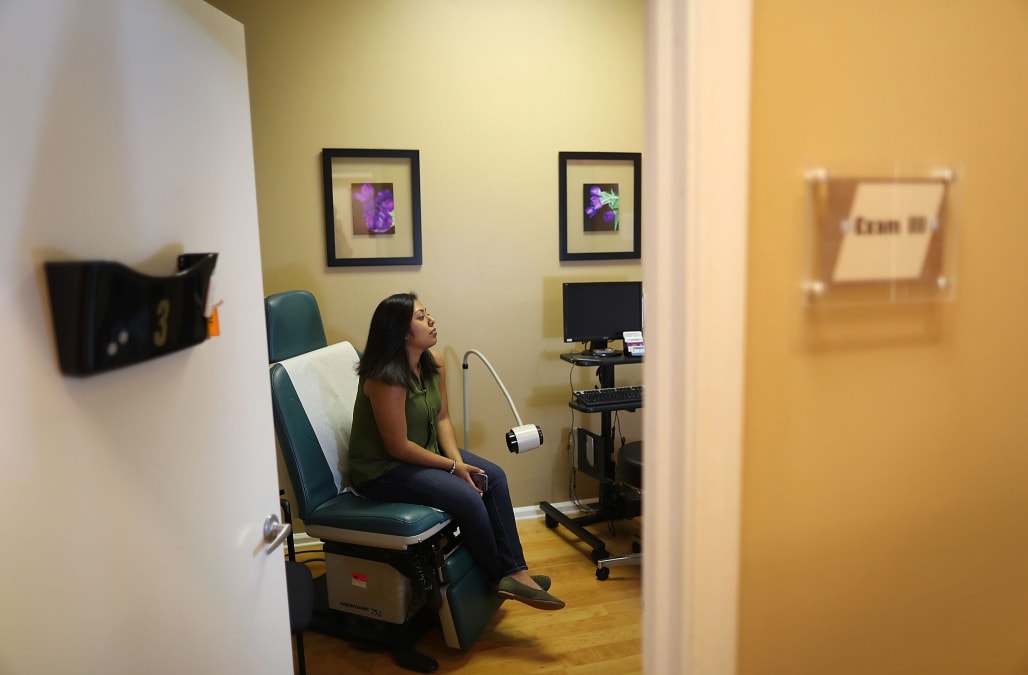 WASHINGTON — A crucial week for the Senate health care bill got off to a difficult start for skittish Republicans struggling to muster support for the measure after the Congressional Budget Office released its analysis estimating that 22 million people would lose insurance under the law over the next decade.

Despite an initial addition to the measure Monday, Republicans continued to lay out demands for more changes to the bill, hoping leadership addresses their concerns. And a growing number of senators expressed deep apprehension with the bill Monday night, threatening GOP leadership's ability to even bring the measure up for a debate.

Sen. Susan Collins, R-Maine, announced via Twitter that the CBO report reaffirmed her fears about deep cuts to Medicaid in the Better Care Reconciliation Act and said she would vote against the "motion to proceed," a procedural vote that allows the Senate to bring up a piece of legislation to be debated and eventually voted on.

I want to work w/ my GOP & Dem colleagues to fix the flaws in ACA. CBO analysis shows Senate bill won't do it. I will vote no on mtp. 1/3

Sen. Rand Paul, R-Ky., also said he wouldn't vote for the motion to proceed, a vote expected to take place either Tuesday or Wednesday of this week.

"I won't vote to proceed to it unless the bill changes," Paul told reporters. "We have reached out to Senate leadership and said we would negotiate. We have had no phone calls from Senate Republican leadership."

Paul said the bill doesn't do enough to repeal the Affordable Care Act because it keeps subsidies — albeit less generous — to help individuals purchase health insurance and it keeps some of the coverage requirements imposed on insurance plans.

With no Democratic support, GOP leaders will need at least 50 of their 52 members to vote for the bill in order to advance it forward.

Sen. Ron Johnson, R-Wis., is a third senator who said that he could vote against the procedural motion this week, saying he "would highly doubt" that he would support it. He had previously urged the Senate to slow down the process to give senators time to debate and process the bill's impacts.

Those three senators, who oppose the measure for a variety of reasons, join Sen. Dean Heller, R-Nev., who announced last week that he would oppose the procedural vote because, like Collins, is against the measure's deep cuts to Medicaid.

At least two other Republicans, Sens. Ted Cruz, R-Texas and Mike Lee, R-Utah, expressed opposition to the bill as it stood when unveiled last week.

But the frenzied process of trying to appease the critics is underway. One change to the measure was already made to address concerns of some senators and health care experts who said the bill doesn't incentivize continuous health care coverage.

The change penalizes people who go without health insurance for 63 consecutive days, prohibiting them from purchasing a new plan for six months. Democrats called the idea "inhumane."

But Sen. Lindsey Graham, R-S.C. warned against special deals with individual senators in an effort to win their support. Because the CBO said that the bill saves $321 billion over a decade, that gives Republicans a significant pot of money to woo Republicans to their side.

"The best way to lose me on this bill is to start buying people off," Graham told reporters. "So that's what I'm really suspicious of as we get closer to Monday are they going to do special deals for Senators in particular states to get their vote. We've seen that movie before with Obamacare and in many ways this is very similar to the process we used on Obamacare, I don't particularly like it that much."

The White House is also involved in the lobby effort. Vice President Mike Pence invited four skeptical conservatives to his home Tuesday night for dinner. And President Donald Trump has been calling members. And in a persuasion tactic that might backfire, a pro-Trump super PAC is running a seven figure advertising campaign against Heller in Nevada who is up for re-election in 2018.

Related: Senate Bill Would Do Almost Everything Trump Said It Wouldn't

Health-related groups have been coming out en masse to the Republican bill, including the American Medical Association, which came out with its scathing reaction Monday.

"Medicine has long operated under the precept of Primum non nocere, or 'first, do no harm.' The draft legislation violates that standard on many levels," Dr. James L. Madara, CEO of the AMA, wrote in a letter to McConnell.

While the CBO convinced Collins that the bill was no good for Maine, some Republicans denounced the 40-year old non-partisan Congressional analysts as not being very good at their job.

"The CBO has consistently proven it cannot accurately predict how healthcare legislation will impact insurance coverage," the White House said in a statement. "We know the facts."

Democrats, meanwhile, are launching an aggressive offensive against the Republican plan, expecting a vote this week. Like they did last Monday, they are "holding" the Senate floor late into the evening, with senators speaking back-to-back against the bill.

Sen. Mazzie Hirono of Hawaii is leading off tonight's "talk-a-thon" on the Senate floor on the eve that she leaves town to undergo surgery for cancer. "This bill is as bad as we thought it was," Hirono said of the CBO score.