A new island has formed off North Carolina's coast 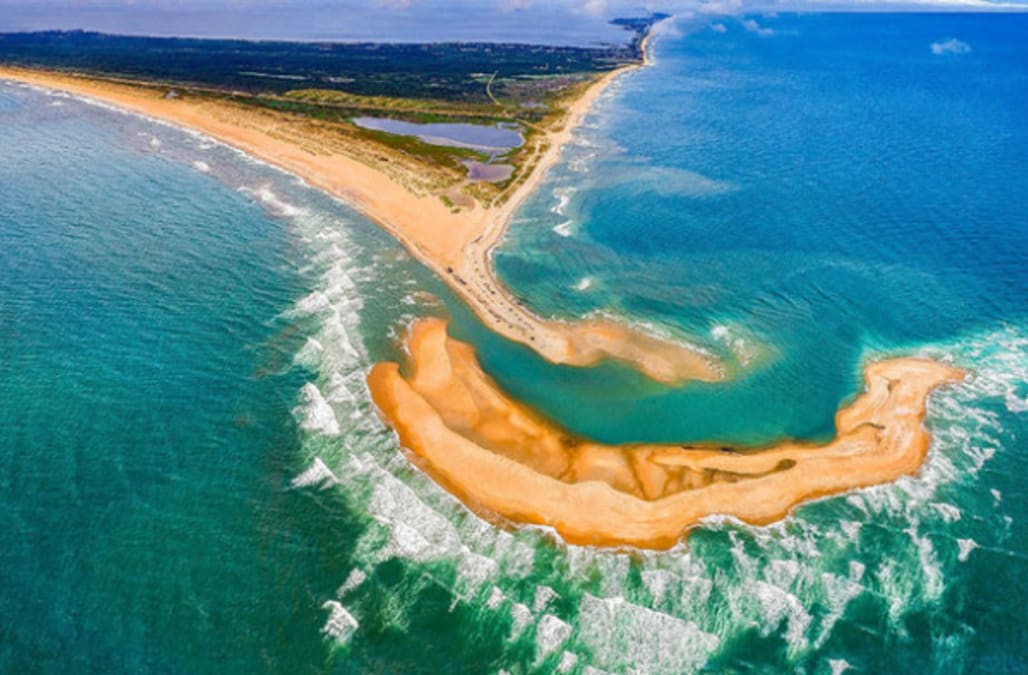 If you needed another reason to hit the beach this summer -- you now have one!

A new island has emerged off North Carolina's Outer Banks and it's pretty big.

According to the Virginian Pilot, the island is a mile long and about three football fields wide.

The new island sits along the coast of Cape Point, not far from Cape Hattera's Lighthouse.

While the new attraction is bringing in waves of tourists, Cape Hattera's National Seashore Superintendent, Dave Hallac, says that people should not enter the water in between the coast and island due to its large rip current.

President of the North Carolina Beach Buggy Association, Bill Smith, also warns that there might be fishing hooks at the bottom.

Large sharks and stingrays were also reported in the area.