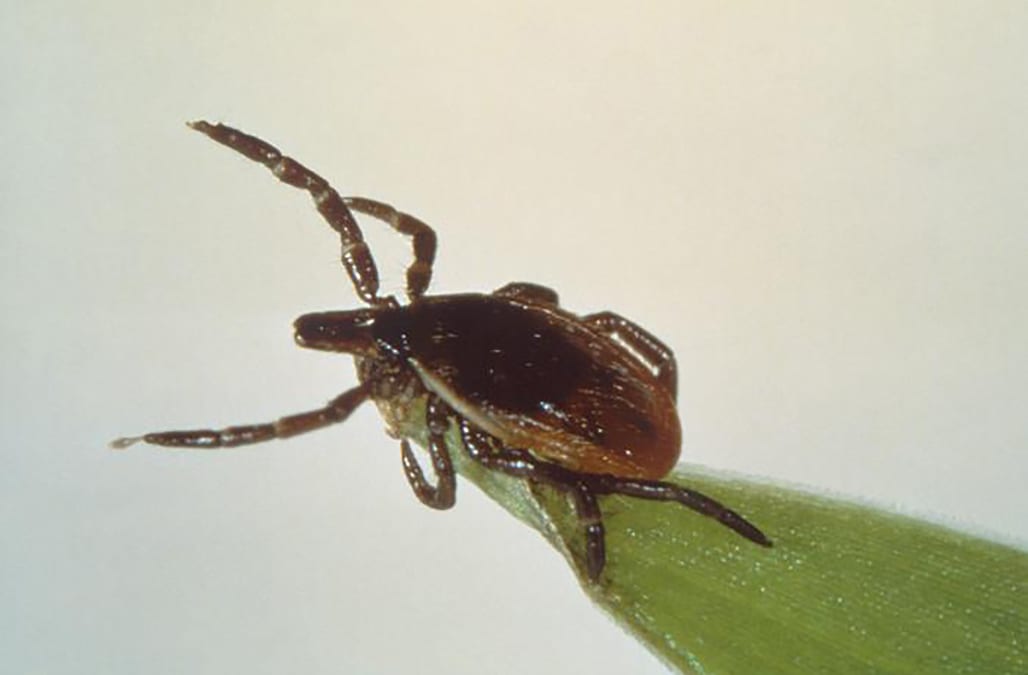 This year is shaping up to be a banner year for disease-spreading ticks.

Most tick-borne diseases are serious, but there's a particularly bad one to look out for if you live in Minnesota, Wisconsin, or the Northeast: Powassan virus.

"We know that if somebody gets bitten by an infected tick with this virus and they get sick they have a 50% chance of having permanent neurological damage and a 10% chance of dying," Durland Fish, professor emeritus of epidemiology at the Yale School of Public Health, told Business Insider.

How to avoid tick bites

1. Stay in the middle of the path

When hiking, make sure to stay in the middle of the path. Weeds, grass and trees make it easier for ticks to crawl onto you. Don't venture out to the grass or bushes, where ticks are formidable to be hiding.

Protect your skin. Adding an extra layer makes it more difficult to latch on to you. It's smart to wear pants, long sleeves and hats, especially in the summer.

Since ticks feed on and are transported by deer, try looking into deer-resistant plants. French marigolds, rosemary, mint and crape myrtle are just some of the greens deer tend to "overlook".

See a complete list of the herbs and flowers here.

Dogs can literally bring ticks right to your front door. Prevent ticks by keeping their coats short in the summer. Use your hands to check the fur, stopping if you feel a pea-sized bump. Favorite spots ticks like to hide include the ears, toes and under the tail.

Dog ticks don't "harbor diseases that sicken people", but you should still be wary.

According to TickenEncounter, spray with DEET does not provide "sufficient" protection. Get spray for your clothes like Permethrin, which instantly kills ticks.

The CDC recommends tumble drying clothes immediately for ten minutes after you've been outside. Ticks can easily "dry out" with high heat, but you should make sure the clothes are completely dry.

Warning: Ticks can survive the wash.

7. Tuck your pants into your socks.

This covers the small, easily accessible space in between your pants and ankles. Especially if you are sitting, it makes it easier for ticks to latch on.

Since ticks survive in shady, humid environments, researchers agree that staying in the sun lowers the risk for ticks. According to LiveScience, ticks "can't survive" in places with lower than 80% humidity.

The chemical is successful in protecting against ticks, mosquitoes and other types of bites. Lymedisease.org estimates that permethrin-treated footwear offered 74 times the protection from bites.

Cut your grass, clean your yard, get rid of any extra firewood or wood chips.

The caveat is that we don't know how likely people are to get sick, Fish said — it seems a number of people bitten by Powassan-infected ticks don't get sick (at least not sick enough to merit a case report).

Powassan is spread by the same ticks that cause Lyme disease, and there's no treatment for it. Some studies show that the virus can be transmitted in 15 minutes or less.

According to Fish, Powassan was first discovered in the 1950s in Powassan, Ontario. From what we can tell, the earliest cases occurred when people were bitten by a species of tick that rarely bites humans. But Fish said that over the last 30 years or so, the deer tick (also known as the blacklegged tick) has "been expanding its range enormously."

Somewhere along the way those ticks — which bite humans frequently — picked up the virus. It turns out they can spread Powassan, too.

Doctors have now detected Powassan in New England, New York, Wisconsin, and Minnesota — though only about 75 cases have been reported over the last 10 years. Fish thinks cases may be underreported, however, since doctors in many areas don't have the ability to detect Powassan or may not know to look for it. Fish said the first case was recently recorded in Connecticut by a physician who'd previously encountered Powassan in upstate New York.

The fact that the virus was first discovered in Ontario but has since been found in US states may make it seem like it's spreading, but that's not necessarily the case, according to Rafal Tokarz, an associate research scientist at Columbia University's Mailman School of Public Health.

Until recently, Powassan hadn't been tested for in many places, says Tokarz. So the uptick may just be due to the fact that we've started looking for it.

"Chances are that if you get bitten by a tick and you get a tick-borne disease, it'll be Lyme," Tokarz said. The CDC estimates that 300,00 people get infected by Lyme disease every year, but Lyme can be treated and it usually takes hours or days for a tick to transfer that infection.

For Powassan, on the other hand, "we don't have a vaccine and we don't have awareness," Fish said. "I hate to be sounding alarms, but just from what I know, it seems like something that could be serious."

NOW WATCH: Why mosquitoes bite some people and not others

SEE ALSO: A single tick bite could put you at risk for at least 6 different diseases