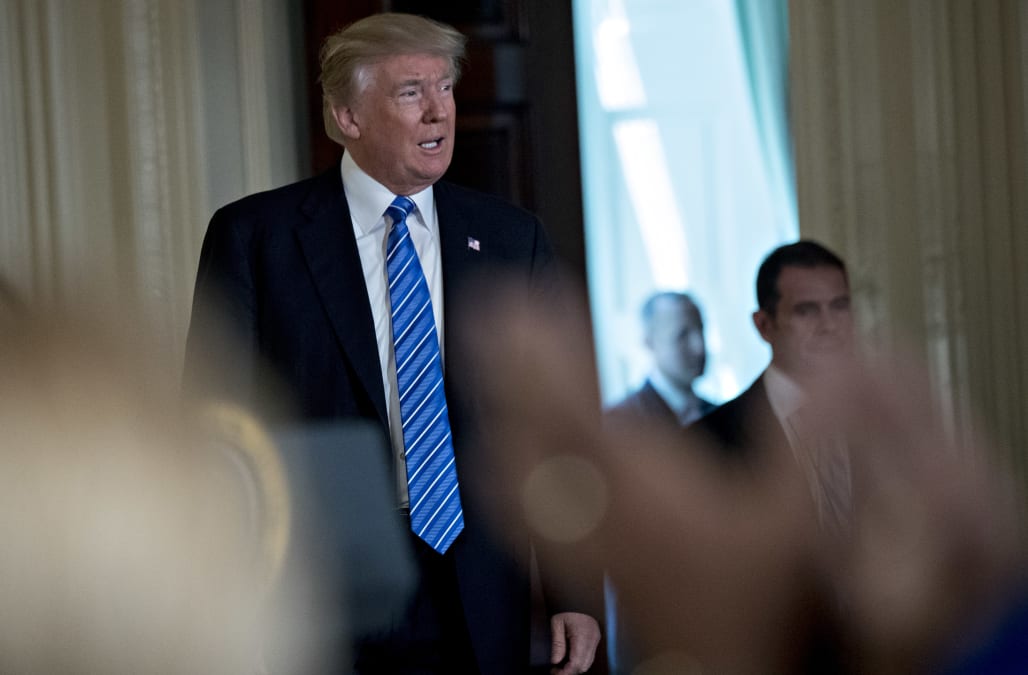 Just 38 percent of Americans now say they approve of the job the president is doing in office, a drop of four points in just three days, according to the latest Gallup survey released on Sunday.

Trump's disapproval also increased by three points up to 57 percent.

After sinking as low as 37 percent a few weeks ago, Trump's numbers bounced back last week, reaching as high as 42 percent approval -- a near month-long high for the president.

However, the president's approval rating began to dive again following the backlash that erupted after Senate Republicans released their revised Obamacare replacement bill.

Not only has the bill faced harsh criticism from Democratic lawmakers, but top Republicans in the Senate including Rand Paul, Ted Cruz and Mike Lee all revealed in a joint statement they were "not ready to vote for this bill."

"There's no way we should be voting on this next week. No way," Republican Sen. Ron Johnson said on Sunday. "I have a hard time believing Wisconsin constituents or even myself will have enough time to properly evaluate this, for me to vote for a motion to proceed. So I've been encouraging leadership, the White House, anybody I can talk to for quite some time, let's not rush this process. Let's have the integrity to show the American people what it is, show them the truth."

The president, however, says he remains confident health care reform will get done, and soon.

"I don't think they're that far off. Famous last words, right? But I think we're going to get there," Trump said in an interview Sunday on FOX News' "Fox & Friends."

"Can't promise. I think we're going to get there."