NRA called out for its silence over Philando Castile case 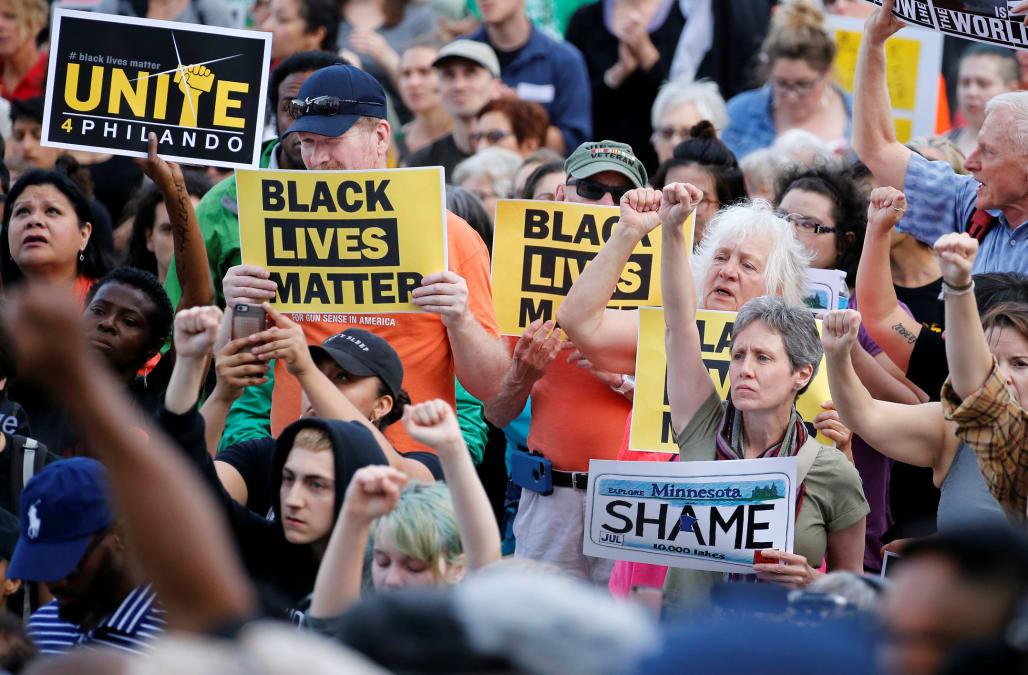 Gun owners have expressed outrage over the National Rifle Association's relative silence regarding the killing of licensed gun owner Philando Castile, a black man who was shot and killed by a police officer last year in Minnesota.

Days after officer Jeronimo Yanez was acquitted of manslaughter changes from the shooting, officials released a new video of the incident that sparked renewed controversy. The footage shows Castile calmly informing Yanez that he was armed moments before the officer opened fire, killing the 32-year-old.

The NRA initially released a statement last year that some called "tepid" in the aftermath of the shooting, promising further comment as more details emerged. But the organization has still failed to issue any further statements, despite the scrutiny sparked by the new video.

Click through the social reactions to this growing controversy:

AOL.com reached out to the NRA but has yet to receive a comment.

The lack of response caused gun owners and critics to call out the association, which in the past has been quick to defend other gun owners in similar situations.

"We don't want the NRA to be just for old white guys," an NRA member wrote recently in right-leaning outlet Hot Air.

"It needs to represent everyone who supports and defends the Second Amendment and stays on the right side of the law. This is much the same as many other elements of conservative philosophy which are all too often viewed as "white issues" when they should be properly treated as issues which affect and benefit everyone equally."

Others took to Twitter to air their grievances over the NRA's lack of urgency regarding the Castile shooting.

"The 2nd Amendment was GROSSLY violated in this #PhilandoCastile. Where are you NRA? These ppl could care less about the constitution," one Twitter user said.

Another user wrote, "When are you going to come right out and speak on the 2A rights denied to #PhilandoCastile and him losing his life because of it?"