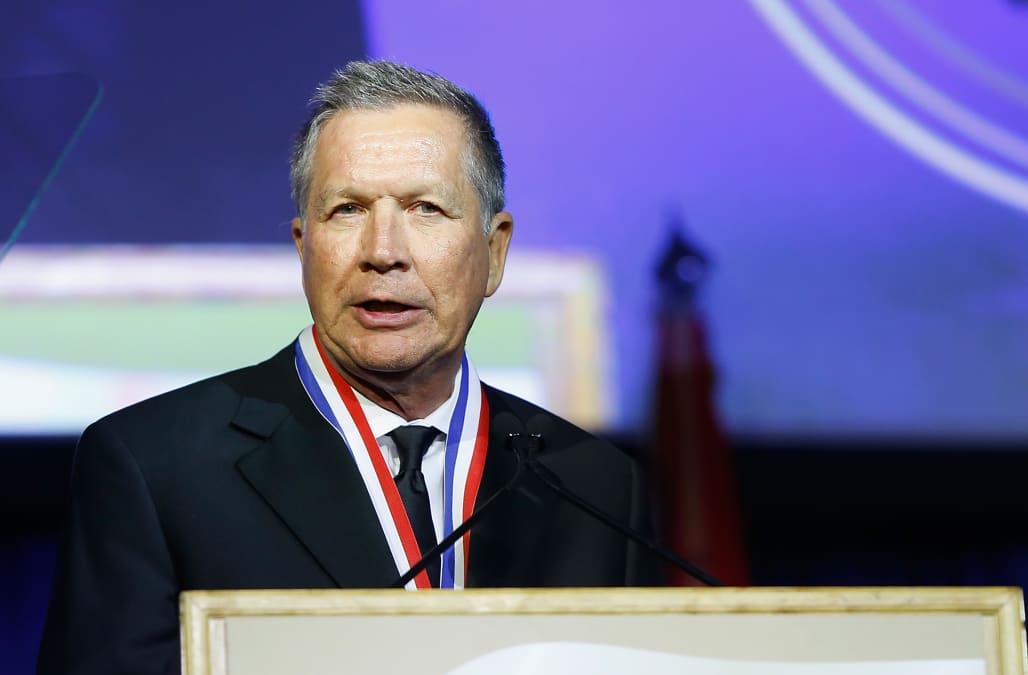 (Reuters) - Nearly a dozen Ohio state websites, including Governor John Kasich's, were up and running again on Monday, a day after hackers posted messages of support for the Islamic State on their home screens.

After the hack, the home screen of governor.ohio.gov, Kasich's official website, displayed a black background and an Arabic symbol, and the top of the screen said: "Hacked by Team System Dz."

RELATED: John Kasich through his career

The text on the screen read: "You will be held accountable Trump, you and all your people for every drop of blood flowing in Muslim countries," and "I Love Islamic State." The militant group Islamic State is largely made up of Sunni militants from Iraq and Syria but has drawn jihadi fighters from across the Muslim world and Europe.

SEE ALSO: Trump appears to admit Russia meddled in the US election in a tweet criticizing Obama

The Ohio Department of Public Safety was working with federal agencies to investigate the hacking "to make sure nothing like this happens again," said Tom Hoyt, a spokesman for Ohio's Department of Administrative Services, on Monday.

Technicians are scanning websites and data banks but have found no services that have been disrupted by the hack, nor any evidence that information about employees or private citizens was accessed or disturbed, Hoyt said.

The websites of Howard County, Maryland and the town of Brookhaven, New York were also targets of the hacking spree and displayed the same message. The Brookhaven website remained inaccessible on Monday.

The FBI's Columbus, Ohio, office declined to comment on whether it knew anything about the group "Team System Dz."

Earlier this year, a group using the same name claimed responsibility for hacking websites in Wisconsin, as well as in Scotland, England and Italy.