Dog elected mayor of Kentucky town for a fourth term 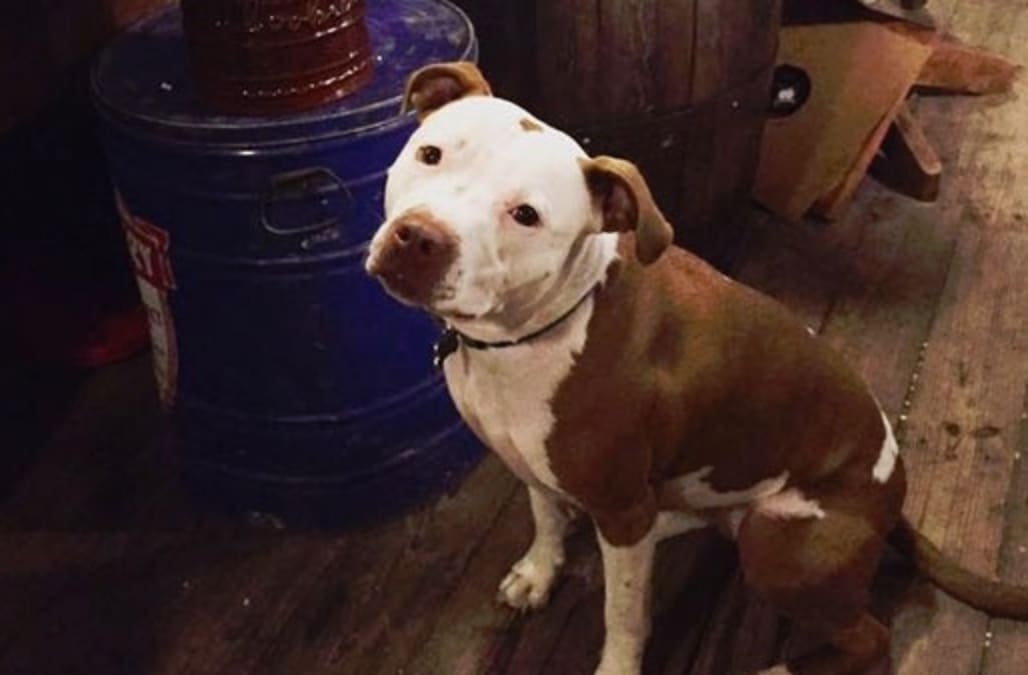 Some political positions have term limits, but residents of Rabbit Hash, Kentucky don't seem to mind that their mayor is always getting reelected.

Brynneth Pawltro, a 3-year-old pit bull, has won the title of mayor for the fourth time. She beat a cat, the chicken, a donkey and a little boy.

According to Bobbi Kayser, who works at the Rabbit Hash Historical Society, the election started in the 1990s as a fundraiser. "We charge you a dollar for your vote," Kayser told WDRB, "You vote as often as you want."

Rabbit Hash is so small it doesn't need a human mayor, and the money from the election usually goes to town improvements. This year, however, it will go towards rebuilding the General Store that was damaged in a fire.

Jordie Bamforth, Brynneth's owner, said only time will tell if the pup will run yet again. She told WDRB, "We'll see what politics does to her for the next four years."

Animals who are total troublemakers
EyeEm
Mary Holmes receives a peck on the nose from one of the birds at the Formakin Animal Training School in Oxfordshire where animals are trained for show-business appearances.
Young Olive baboons (Papio hamadryas anubis) playing with one hanging from the others tail, Nakuru National Park, Kenya
'(Original Caption) The driver of the bumpmobile at right bears left to avoid hitting two shrieking females at a London fun fair. Just a coupla human drivers, Susie the Bear remarks. The girls are Wynne Shearme (left), 23; and Marjorie Kennedy, 22.'
Lion(Panthera leo) cub playing with its mothers tail, Masai-Mara Game Reserve, Kenya. Vulnerable species.
Naughty dog - Lying dog in the middle of mess in the kitchen
A pack llama sticks out his tongue after eating some grain in Utah's Wasatch-Cache National Forest.
Raccoon relaxing on top of bird feeder
Bear in a boat with father and son
Mountain Gorilla (Gorilla beringei) adult playing with an infant. Rwanda, Africa
What a tasty fish!
Arctic tern (Sterna paradisaea) attacking an Arctic Fox (Vulpes / Alopex lagopus) protecting its nest site, Spitsbergen, Svalbard, Norway. Highly commended, MAMMALS, GDT 2011 competition
Vervet monkeys play fighting.
CAT KNOCKING OVER VASE
Corbis RM Stills
Up Next