Woman finds frog in her salad at restaurant, says she still feels sick a week later 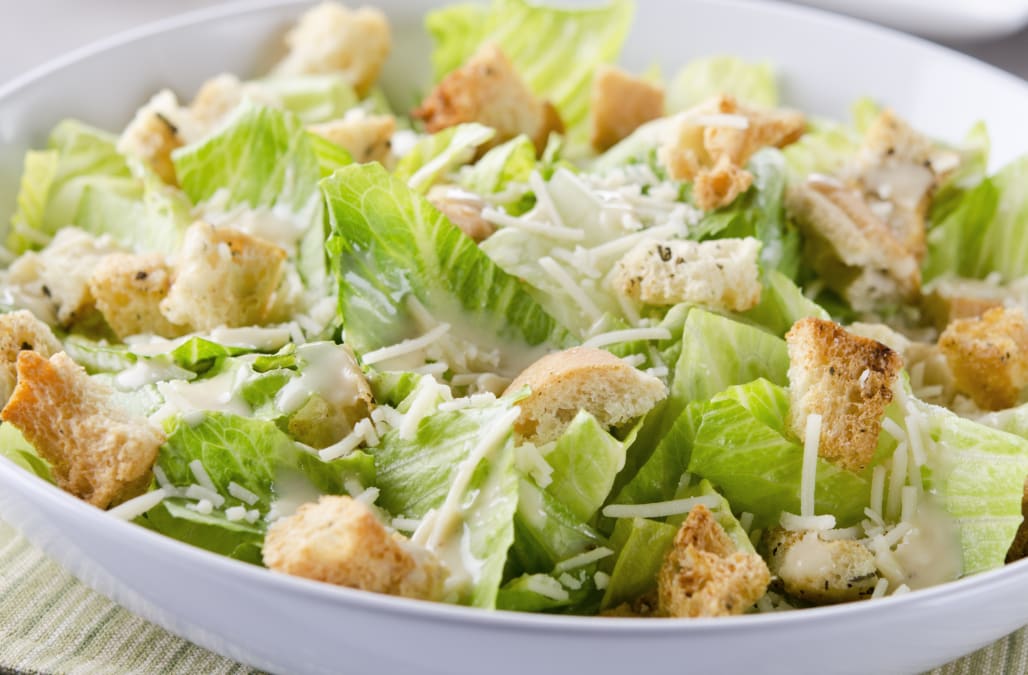 (KTLA) -- A San Dimas woman says she still feels sick after finding a frog in her salad while eating at BJ's Restaurant and Brewhouse in West Covina earlier this month.

Shawna Cepeda was dining with her family and was about four bites into a salad when she noticed the food tasted a little bitter and started to stir it around, according to her June 13 review on Yelp.

"I see something kind of rolled up. I was like, 'this doesn't look right,' so I passed it to my husband," Cepeda told the San Gabriel Valley Tribune. "I asked, 'Is that a piece of lettuce?' Then he looked and my daughter looked at it and he was like, 'it's a frickin' frog.'"

See photos of the frog Cependa found in her salad:

"I told him this frog could contain salmonella and who knows how long it's been sitting in a produce bag," Cepeda wrote in her post.

About a week after the incident, the Los Angeles County Department of Public Health inspected the restaurant located at 2917 E Eastland Center Drive and found no health code violations, the Tribune reported.

"At that time staff did not observe any contamination of the lettuce products," department spokeswoman Katie Martel told the newspaper in an email. "However, an employee of the restaurant confirmed that a frog was in the customer's salad."

The investigation was sent to the California Department of Public Health because the produce supplier was not located in the country, Martel told the Tribune.

BJ's has launched an internal investigation "to ensure that nothing like this happens in the future," Chief Financial Officer Greg Levin stated in an email to the newspaper.

In an update to her Yelp post, Cepeda wrote on Thursday that she still feels "really sick" and has not been able to eat.