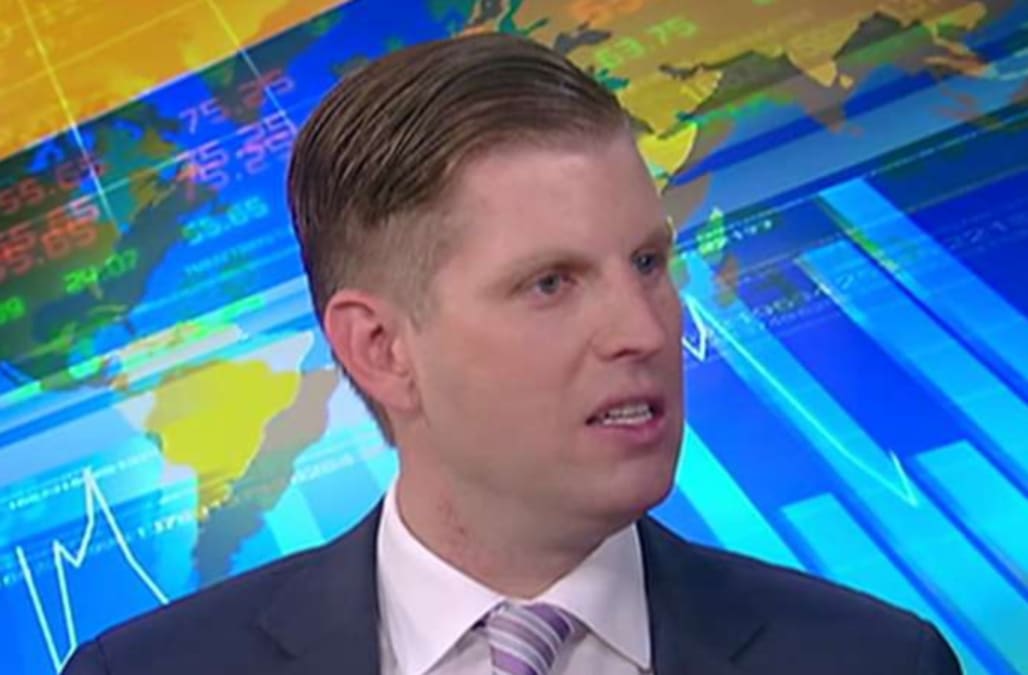 .@EricTrump: "In the media, everything's a sideshow... Look at the markets. No one wants to talk about it." pic.twitter.com/fSPRvZPkxM

Spencer is credited with coming up with the term alt-right, the name for the far-right racist fringe movement that often subscribes to anti-immigrant, anti-Semitic and anti-feminist ideologies. Spencer was punched in the face during a live interview at President Trump's inauguration last January, a moment that immediately went viral. Spencer was also notably kicked out of the Conservative Political Action Conference in February.

"He's doing everything that he says," Eric Trump stated. "He's been in office for 150-something days, and I think he's accomplished more than any president arguably in history has over that same period of time."