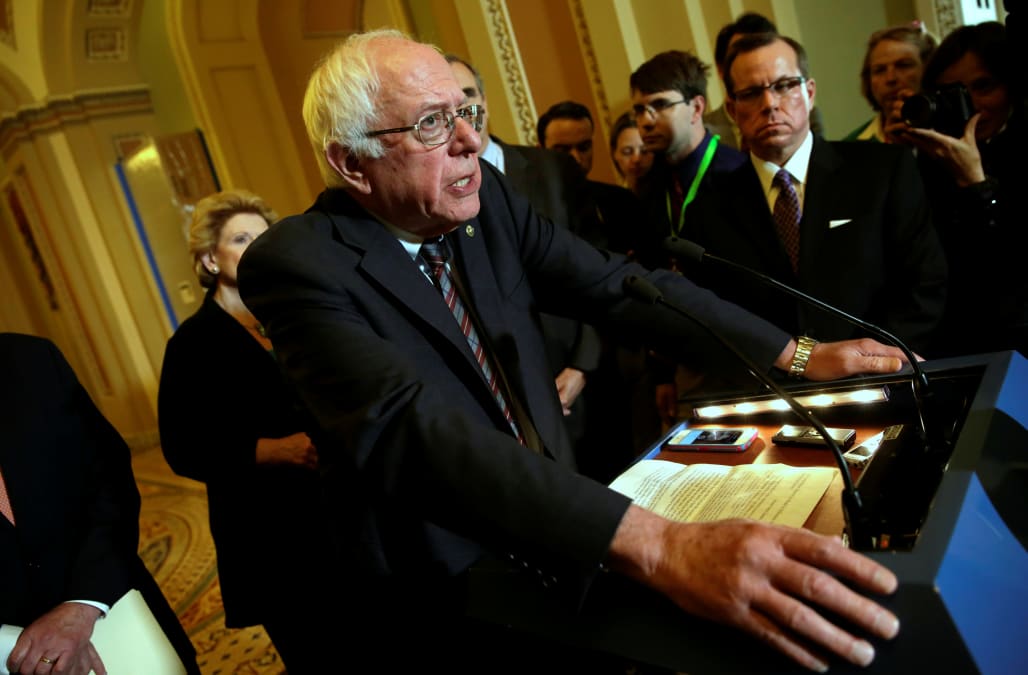 On Sunday morning, Senators Ron Johnson (R-Wis.) and Bernie Sanders (I-Vt.) both appeared onMeet the Press to warn their allies in the Senate against rushing a vote on the GOP's draft health care plan before the July 4 holiday recess.

Johnson framed his call to delay the Senate vote on the American Health Care Act as a bid for transparency, arguing that it would give the public more time to see what the bill really entails.

"There's no way we should be voting on this next week. No way," Johnson said. "I have a hard time believing Wisconsin constituents or even myself will have enough time to properly evaluate this, for me to vote for a motion to proceed. So I've been encouraging leadership, the White House, anybody I can talk to for quite some time, let's not rush this process. Let's have the integrity to show the American people what it is, show them the truth."

If Democrats all vote against the bill, Senate Republicans can only afford to lose two votes among their own ranks. As of Sunday, Johnson is joined by fellow Republican Senators Ted Cruz, Mike Lee, Rand Paul and Dean Heller in standing against the Senate health care plan as it currently exists.

Though Johnson took a more agnostic approach to his criticism of his own party's bill, Sanders, who caucuses with the Democrats, was far more acerbic in his condemnation of the AHCA.

On Friday, Sanders tweeted that thousands would die if the Senate passed its version of the health care bill as it currently exists. Senator Orrin Hatch's staff responded to Sanders' tweet shortly after, dismissing the former presidential hopeful's criticism as partisan hyperbole.

Though Sanders vehemently tore apart the AHCA, he conceded Sunday that the Affordable Care Act, a keystone of former President Barack Obama's legacy, was not above criticism — and that congress needed to take action to fix it.