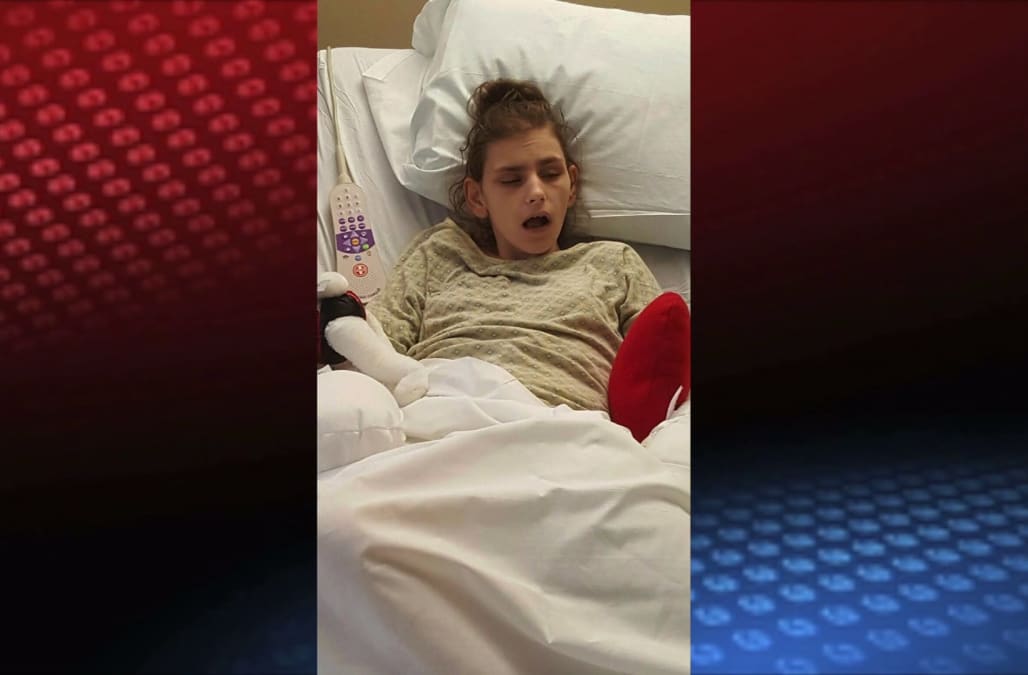 URBANDALE, Iowa (WHO) -- An Urbandale couple is awaiting extradition to Iowa after allegedly kidnapping a disabled woman after bathing her in bleach and Epsom salt and then taking her to Florida without permission.

The woman, 19 year-old Airionna Bent, was born at just 26 weeks with severe disabilities. Her mother, Becky Bent-Weible, couldn't believe what she was hearing when she found out what happened to her daughter.

"I was mortified, I mean my heart fell to my feet" she said.

According to court documents, after allegedly giving her a chemical bath in late May caretaker Katrina Eubanks and her husband Garry Eubanks fled to Florida with a severely burned Airionna. The Eubanks' allegedly took her to Katrina's sister-in-law who worked as a nurse at a Tampa hospital.

Documents show Airionna's burns were so bad you could leave a fingerprint impression by touching her skin. She is now back in Iowa receiving treatment for her injuries.

When police in Florida found out what had happened they arrested the Eubanks on charges of kidnapping and neglect of a dependent person.

Airionna's mother said Katrina Eubanks had been taking care of her daughter for over a year with no incidents.

"I considered her as Airionna's other mother, I mean she was a friend" said Bent-Weible

Katrina Eubanks was contracted through Mosaic, a provider for those with disabilities. Executive Director Carol Mau was horrified when she heard about the alleged abuse. Contractors go through an extensive background check before they go to work.

"There's training, and there's a matching process; there's quite a bit to it before someone would actually move in."

Airionna's mother says Mosaic is not to blame.

"They did their checks, they did everything they were supposed to do so it was not Mosaic's fault. People are trying to blame them and it's not their fault, it's the people who did it" said Bent-Weible.

Airionna is recovering at an Iowa hospital.

Urbandale police are working with their Florida counterparts to get the Eubanks' extradited back to Iowa to face kidnapping and neglect charges.