US list to drop Iraq, Myanmar as worst offenders on child soldiers 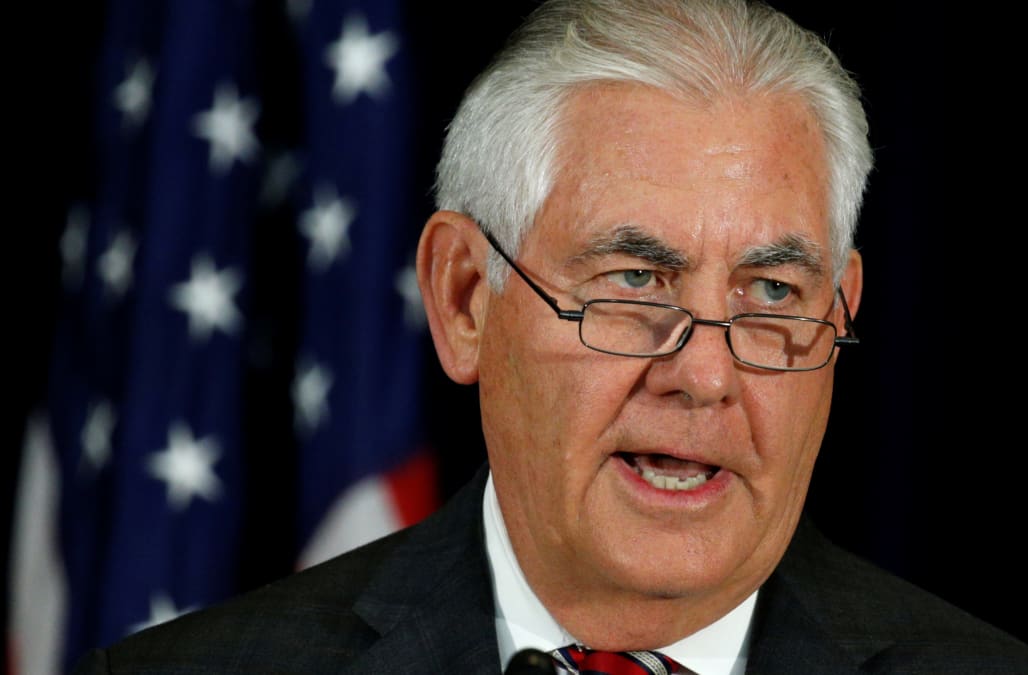 WASHINGTON (Reuters) - Secretary of State Rex Tillerson plans to remove Iraq and Myanmar from a U.S. list of the world's worst offenders in the use of child soldiers, U.S. officials said, a step that could prompt accusations the Trump administration is prioritizing security and diplomatic interests ahead of human rights.

The planned removal was made over the objections of experts in the State Department's Bureau of Democracy, Human Rights, and Labor, which typically shapes U.S. policy on the issue, said one official with knowledge of the internal discussions.

Tillerson also rejected an internal State Department proposal to add Afghanistan to the list, two U.S. officials said. One official said the decisions appeared to have been made following pressure from the Pentagon to avoid complicating assistance to the Iraqi and Afghan militaries, close U.S. allies in the fight against Islamist militants. Both officials spoke on condition of anonymity.

Foreign militaries on the list can face sanctions including a prohibition on receiving U.S. military aid, training and U.S.-made weapons unless the White House issues a waiver.

Human rights officials expressed surprise at the delisting, which was expected to be announced on Tuesday, the officials said, as part of the State Department's annual Trafficking in Persons (TIP) Report.

A State Department official said the TIP report's contents were being kept under wraps until its release and the department "does not discuss details of internal deliberations."

The Pentagon did not immediately respond to a request for comment.

Officials said that although the report had been finalized there was always the possibility of last-minute changes.

Human Rights Watch said removing Myanmar, formerly known as Burma, from the list would be a "completely premature and disastrous action that will effectively betray more children to continued servitude and rights abuses."

The decision would also put the Trump administration at odds with the United Nations, which continues to list the Myanmar military, along with seven ethnic armed groups, on its list of entities using and recruiting child soldiers.

"What's particularly astonishing is this move ignores that the U.N. in Burma says that it is still receiving new cases of children being recruited" by the Myanmar military, said Phil Robertson, deputy Asia director at Human Rights Watch.

Rights groups have long accused Myanmar of using child soldiers. Bordering both China and India, Myanmar is also of growing strategic importance to the United States at a time of increasing encroachment in the region by China, which has sought closer relations with its neighbor.

Iraq, which has received more than $2 billion in U.S. arms and training over the last three years, was added to the State Department's "Child Soldier Prevention Act List" in 2016. However, the flow of U.S. assistance has continued.

Former President Barack Obama handed out full or partial waivers regularly, including last year to Iraq, Myanmar, Nigeria, South Sudan and others out of 10 countries on the list.

The report said that despite the PMF being funded by the government, Baghdad struggled to control all of its factions.

"The government did not hold anyone accountable for child recruitment and use by the PMF and PMF-affiliated militias."

Human Rights Watch said in January that it had learned that militias had been recruiting child soldiers from one Iraqi refugee camp since last spring.

Under the Child Soldiers Protection Act of 2008, the United States is barred from providing military assistance, training or weapons to countries where "armed forces or government-supported armed groups" recruit and use child soldiers, unless the president issues a "national interest" waiver.

The broader TIP report, the first of Trump's presidency, is sure to be closely scrutinized for further signs that under his "America First" approach there will be little pressure brought to bear on friendly governments, especially strategically important ones, for human rights violations at home.

The Obama administration, while more vocal about political repression around the world, also faced criticism from human rights groups and some U.S. lawmakers that decisions on annual human trafficking rankings had become increasingly politicized.

(Reporting By Matt Spetalnick and Jason Szep; additional reporting by Antoni Slodkowski in Yangon and Phil Stewart in Washington)

More from AOL.com:
Gunman gets 4 years in prison for storming DC restaurant in 'Pizzagate' shooting
Shootings kill or injure 19 US children each day
North Korea accuses U.S. authorities of 'mugging' its diplomats at NY airport