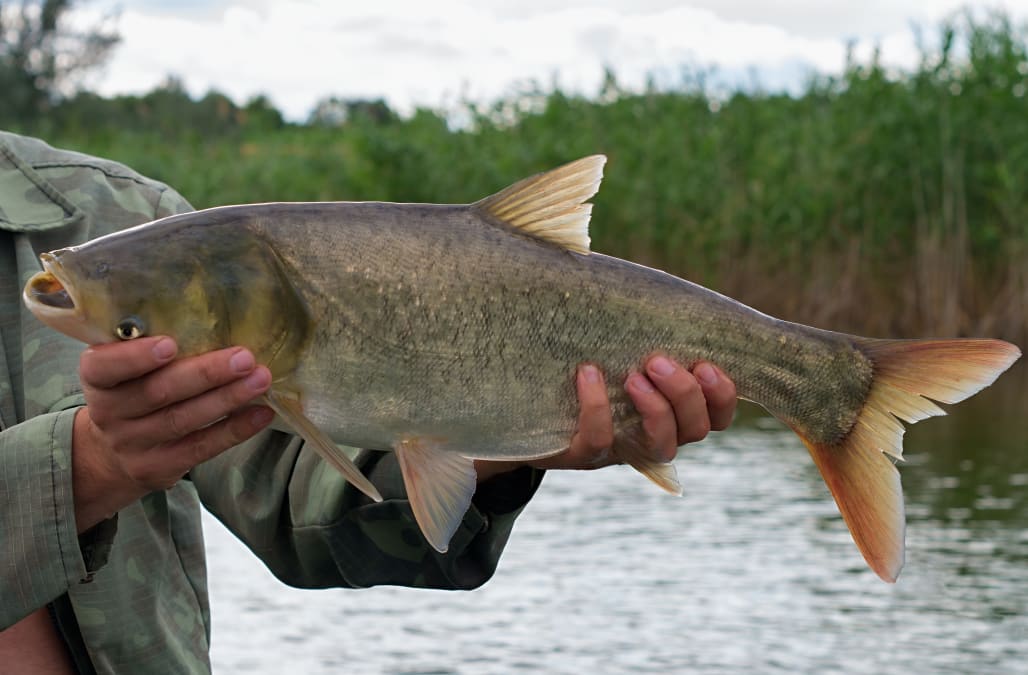 A 28-inch, 8-pound live Asian carp was found in a Chicago waterway.

The carp was about nine miles away from Lake Michigan, and officials say it made it past an electric barrier system that is used to keep the fish from getting into the Great Lakes.

On Thursday, a commercial fisherman caught the fish below a lock in the Calumet River on Chicago's south side.

The one they got their hands on was a silver carp -- it's one of four types of Asian carp that are threatening to invade the lakes.

Scientists say they can interfere and compete with native species, disturb certain food chains and devastate the $7 billion fishing industry.

Officials told the Chicago Tribune it's likely the carp was a loner that made its way to the unusual area.

The carcass of the fish has been sent to Southern Illinois University where biologists will try and see where it came from.

More from AOL.com:
What does LGBTQIA stand for? A history of the popular umbrella acronym
A Fox News favorite may soon grace the halls of Congress
Uber CEO Travis Kalanick resigns under investor pressure