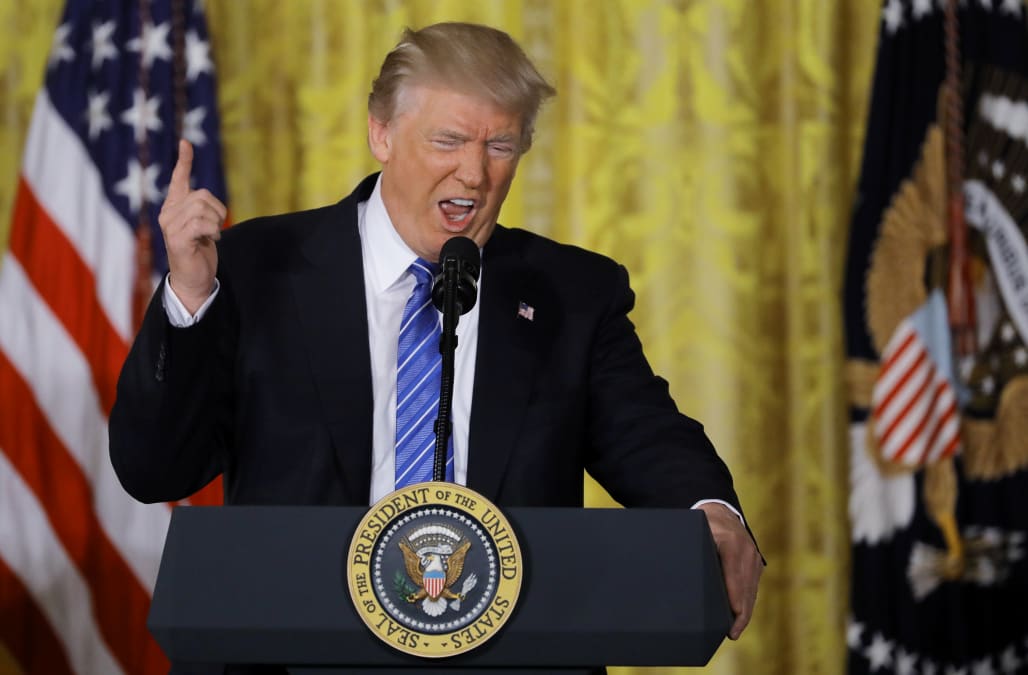 Social media had a field day calling out a spelling error in a video that was posted to President Trump's Facebook page on Friday.

The captioned clip was intended to promote a rally he had held in Iowa but instead attracted attention by accidentally misspelling the word "miners."

While the post seems to have since been deleted from the president's Facebook page, social media was quick to respond to the error.

Click through the best reactions and jokes about the typo:

Internet reacts to Trump team spelling error
FINALLY. Minors are the biggest freeloaders in this country. https://t.co/KLGR9BN2ji
Putting our "minors" back to work. https://t.co/un1MvkWKtT
@kylegriffin1 For Trump supporters who may be reading this, it should say "miners".
@kylegriffin1 He nose all the fantastic words.
Screenshot I just took of potus Facebook page. Making grimy urchins great again. https://t.co/htDf1YPldp
Ironically, @realDonaldTrump is giving "minors" and "miners" the shaft, so it's mox nix. https://t.co/9YyBtCNAIs
Yes this is really a typo that is on Donald Trump’s Facebook page right now https://t.co/NObAWSaJsl
This is real. The typo presidency continues to reach new heights. https://t.co/MnbWPfZ9MU
It's about time we put the minors back to work https://t.co/meht3fGswJ
"Miners not minors you idiot!" - Alexander Dane, Galaxy Quest. https://t.co/Ts1IIRcqwV
Up Next

One Twitter user wrote, "They're just going to replace miners with minors. That should work."

Meanwhile, someone else said, "He meant it, Trump doesn't make mistakes he is winning."

Putting our "minors" back to work. pic.twitter.com/un1MvkWKtT

Others were receptive of the message with comments like, "Hope he can put minors to work. We'd have a generation come up that believed in contributing to society rather than thinking they're owed."

More from AOL.com:
President Trump gets snubbed by Elon Musk at first American Technology Council meeting
Quiz: Test your news knowledge with our weekly headlines quiz
Report: US intelligence chiefs say they did not feel pressured by Trump