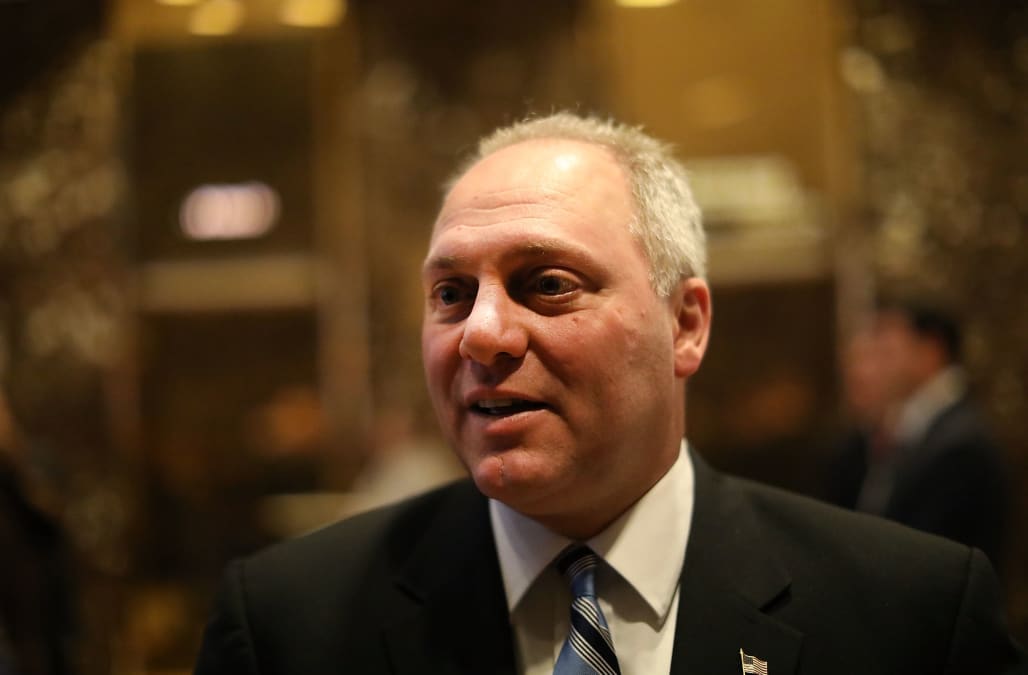 WASHINGTON, June 23 (Reuters) - U.S. Representative Steve Scalise, the No. 3 Republican in the House of Representatives who was shot while practicing baseball last week, is no longer being held in the intensive care unit at the hospital where he is being treated, a source familiar with his condition said on Friday.

Scalise was shot in the hip on June 14 when a gunman opened fire on Republican lawmakers practicing for a charity baseball game. He entered the hospital in critical condition and has undergone a number of surgeries.

The source, who said Scalise left the ICU late on Thursday, said there was no update from the hospital on Scalise's condition. On Wednesday, the hospital said Scalise had been upgraded to fair condition and was showing signs of improvement.