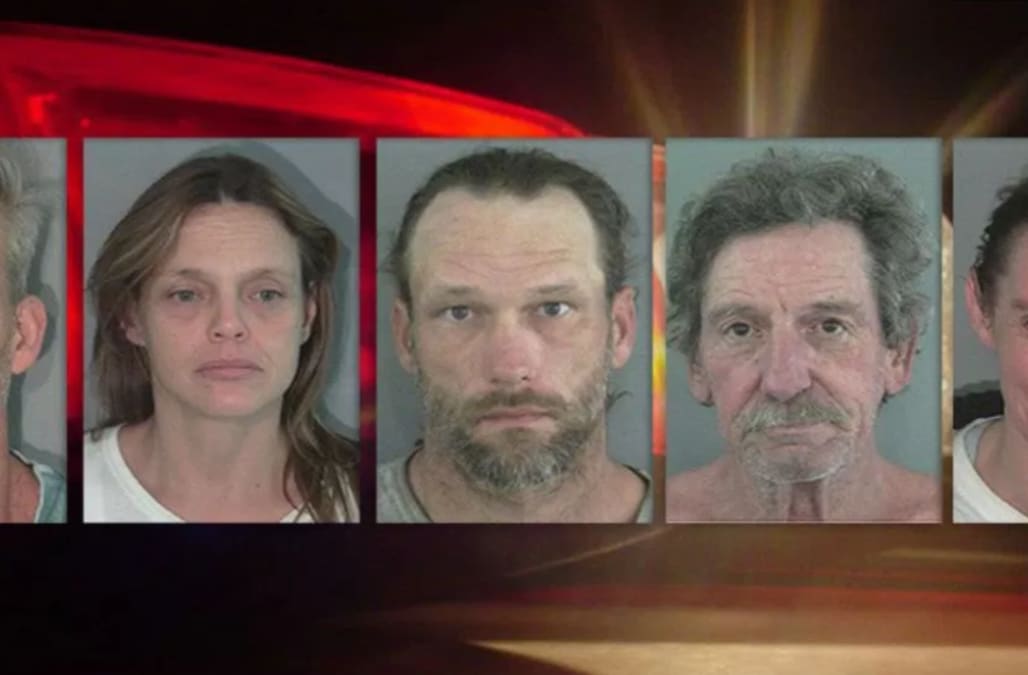 When police raided a large Florida retirement community, they found a disturbing supply of drugs and weapons -- but something even more unusual has people utterly shocked.

Deputies have not been able to tie the golf cart thefts to the five people arrested in the raid.

Investigators say some of the suspects who were arrested, are also suspects in golf cart thefts, that have happened thought The Villages. pic.twitter.com/l2zb651opo

According to WFTV, investigators said the older man who owns the home where the bust occurred did not know what was going on. Kathleen Unrath, his niece and one of the five arrested, moved in and allowed others to come into the house.

More from AOL.com:
4-year-old boy dies after accidentally shooting himself in the face
Mom allegedly stabs her 4-year-old daughter to death
Father of former NFL star Michael Vick among 12 indicted in heroin bust