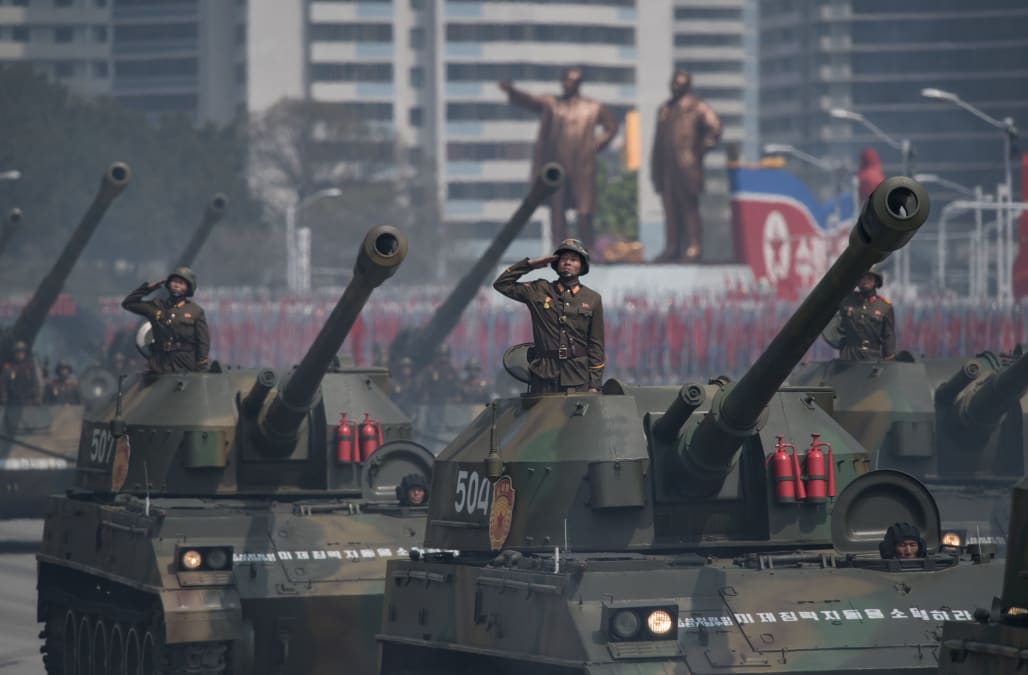 Women in heels and colorful clothes marched in central Pyongyang on Thursday according to North Korea's state newspaper, Rodong Sinmun.

Giving traditional communist salutes, the women marched declaring the United States as the enemy and calling for revenge.

The group reportedly called the US was responsible for the Sinchon Massacre, allegedly a US backed South Korean action during the Korean War.

Click through Otto Warmbier: A timeline of the student's North Korea imprisonment:

The massacre is said to have killed 35,000 North Koreans.

The women joined members of the General Federation of Trade Unions as North Korean citizens that have declared retaliation on the US imperialist aggressor.

Though most of these events end in words, June 25th marks the day of struggle against US imperialism.