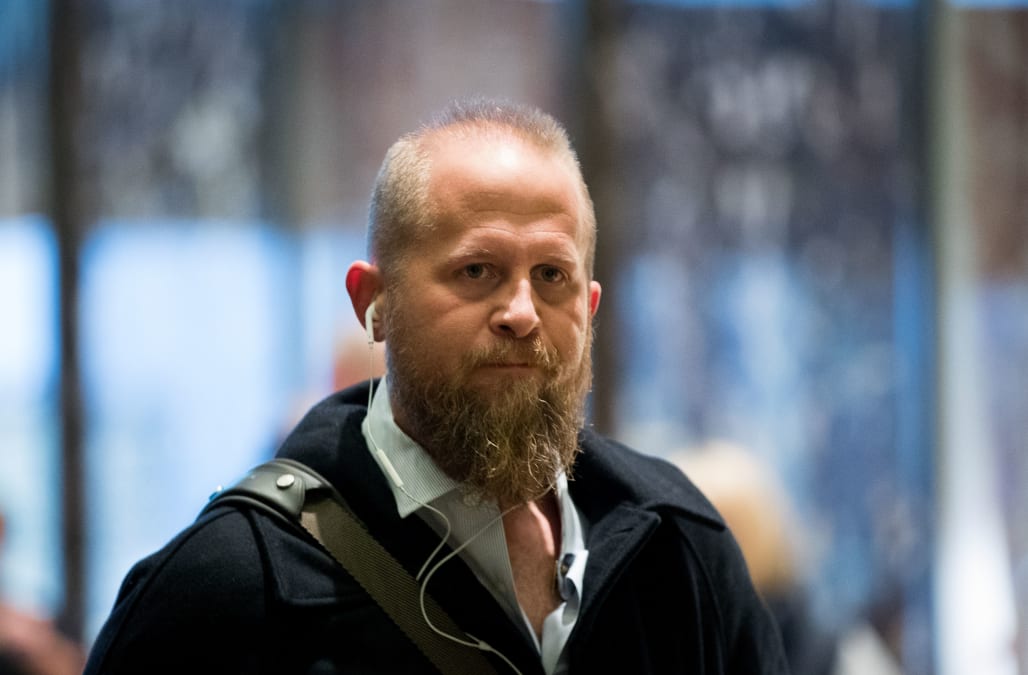 A congressional committee wants to interview President Donald Trump's digital director as part of its investigation. Investigators are probing whether voter information stolen by Russian hackers made its way to the Trump campaign. A top official said Russia targeted election systems in at least 21 states. The House Intelligence Committee plans to interview the digital director for President Donald Trump's campaign, Brad Parscale, as it continues to investigate whether any collusion occurred between the campaign and Russia, according to a recent CNN report.

The ranking Democrat on the committee, Rep. Adam Schiff, would not confirm whether Parscale had been invited to testify as part of the congressional investigation.

But Schiff told MSNBC's Rachel Maddow this week that he is "very interested in finding out" whether there was "Russian funding or support" for the Trump campaign's data analytics operation, "or Russian assistance in any way with gathering data" that was then used by the campaign.

Congressional investigators are now probing whether voter information stolen by Russian hackers from election databases in several states made its way to the Trump campaign, Time reported on Thursday. The data operation Parscale directed was supervised by Trump's son-in-law, Jared Kushner, who is now being scrutinized by the FBI over his contacts with Russia's ambassador and the CEO of a sanctioned Russian bank in December.

"If any campaign, Trump or otherwise, used inappropriate data the questions are, how did they get it? From whom? And with what level of knowledge?" the former top Democratic staffer on the House Intelligence Committee, Michael Bahar, told Time. "That is a crux of the investigation."

"Jared got [Brad] hired, despite the fact that a number of people in the campaign wondered whether he had any idea what he was doing," the person said. "He's Jared's boy. I had [campaign] deputies telling me they couldn't question anything the guy did or said, and they were unhappy about that."

Parscale did not respond to a request for comment. He is now the digital media director for America First Policies, a nonprofit group whose aim is to bolster Trump's agenda.

Kushner also did not respond to a request for comment.

Parscale's firm, Giles-Parscale, was paid a whopping $91 million by the Trump campaign, which famously shunned television ads. According to CNN, the data operation "helped the Trump campaign figure out where the candidate's message was resonating in states like Michigan and Wisconsin, places where conventional political wisdom suggested they would be wasting time and money."

A senior GOP strategist who worked with Parscale on the Republican National Committee's digital operations last year denied that he oversaw or was even aware of any nefarious collaboration between hackers and the campaign.

"When it was reported that they'd be calling up Parscale, I knew there was a 0% chance that they had anything," the strategist said, referring to the House Intelligence Committee. "The questions they want to ask him are apparently some of the most basic digital marketing questions, and other simple ones like 'how would the Russians have known which precincts to target?'"

At least one Republican operative, however, made use of voter data stolen by Russian hackers last year: Florida political strategist Aaron Nevins. The exposure of that voter data, which Nevins remarked was worth "millions of dollars," led at least one Republican campaign consultant, Anthony Bustamante, to "adjust" the voting targets of the campaign he was advising at the time, according to the Journal.

"Basically if this was a war, this is the map to where all the troops are deployed," Nevins told Guccifer 2.0 in a text message, according to the Journal.

Nevins said he had no regrets in using the "map," even if it had been handed to the Russians.

"If your interests align, never shut any doors in politics," he told The Journal.

The theft of sensitive voter data by Russian-linked hackers like Guccifer 2.0 has left upcoming elections vulnerable to manipulation, experts say. Virginia and New Jersey will hold gubernatorial elections later this year, and all 435 seats in the House and one-third of the 100 seats in the Senate will be contested in the 2018 midterm elections.

Jeanette Manfra, a top official in the DHS's National Protection and Programs Directorate, told the Senate Intelligence Committee on Wednesday that Russian hackers targeted election systems in at least 21 states last year. Bloomberg reported last week that as many as 39 states were targeted.

Sam Liles, the DHS's top cyber official, told lawmakers on Wednesday that the Russians probed election infrastructure and successfully infiltrated a "small number of networks." According to Time, the hackers successfully altered voter information in at least one election database and stole thousands of voter records containing private information like Social Security numbers. The cyberattacks continued right up to the election, according to a top-secret National Security Agency document leaked to the Intercept and published earlier this month. The document revealed that hackers associated with Russia's military intelligence agency targeted a company with information on US voting software days before the election, and used the data to launch "voter-registration-themed" cyberattacks on local government officials.

Bill Priestap, one of the FBI's top counterintelligence officials, told the Senate Intelligence Committee on Wednesday that the type of data can be used "in a variety of ways," including to manipulate future elections and target individual voters. As Nevins, the Florida Republican operative, had said, the data is also extremely valuable — politically and financially.

Earlier this week, it emerged that data-analytics firm hired by the Republican National Committee last year to gather political information about US voters accidentally leaked the sensitive personal details of roughly 198 million citizens earlier this month, as its database was left exposed on the open web for nearly two weeks.

Upon reviewing the exposed data — which included names, dates of birth, home addresses, phone numbers, and voter registration details, as well as proprietary information based on predictive models of voters' behavior — Joseph Lorenzo Hall, the chief technologist at the Center for Democracy and Technology said simply: "This data is worth a s---load of money."

Archie Agarwal, the founder of the cybersecurity firm ThreatModeler, agreed that the data was a "gold mine" for anyone looking to target and manipulate voters. The security researcher who discovered the leaked database, Chris Vickery, said it was the kind of information "you can use to steal an election at the state and local level. It tells you who you need to advertise to to swing votes."

SEE ALSO: The White House is pushing to remove a key portion of the Senate's Russia sanctions bill