Trump calls out Obama on Russia's hacking 2016 election, says it's 'all a big Dem HOAX!' 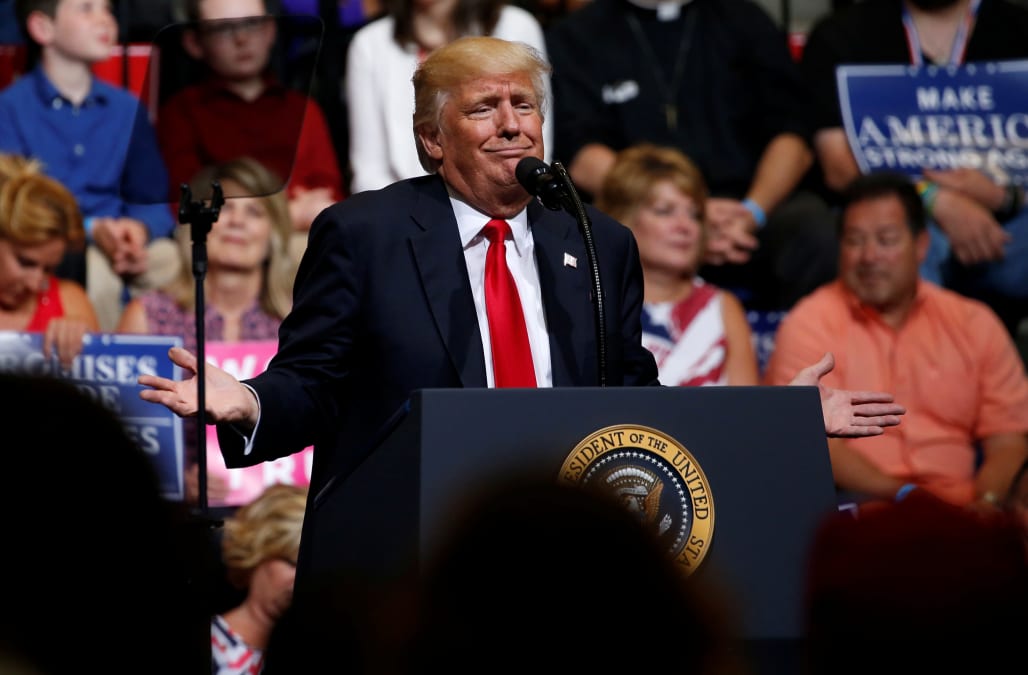 President Trump hasn't shown much support for the investigation into Russia's 2016 election meddling, but he has made a number of comments about the effort.

Often times, they involve calling the probe a hoax in on one way or another, be it "witch hunt" or something cooked up by Democrats.

Trump wrote, "By the way, if Russia was working so hard on the 2016 Election, it all took place during the Obama Admin. Why didn't they stop them?"

The comments may have been triggered by the Wednesday testimony of Jeh Johnson, the secretary of homeland security during the Obama administration.

He revealed that the administration was aware of the hacking prior to the election, but opted to share little information about it with the public at the time.