Report: US intelligence chiefs say they did not feel pressured by Trump 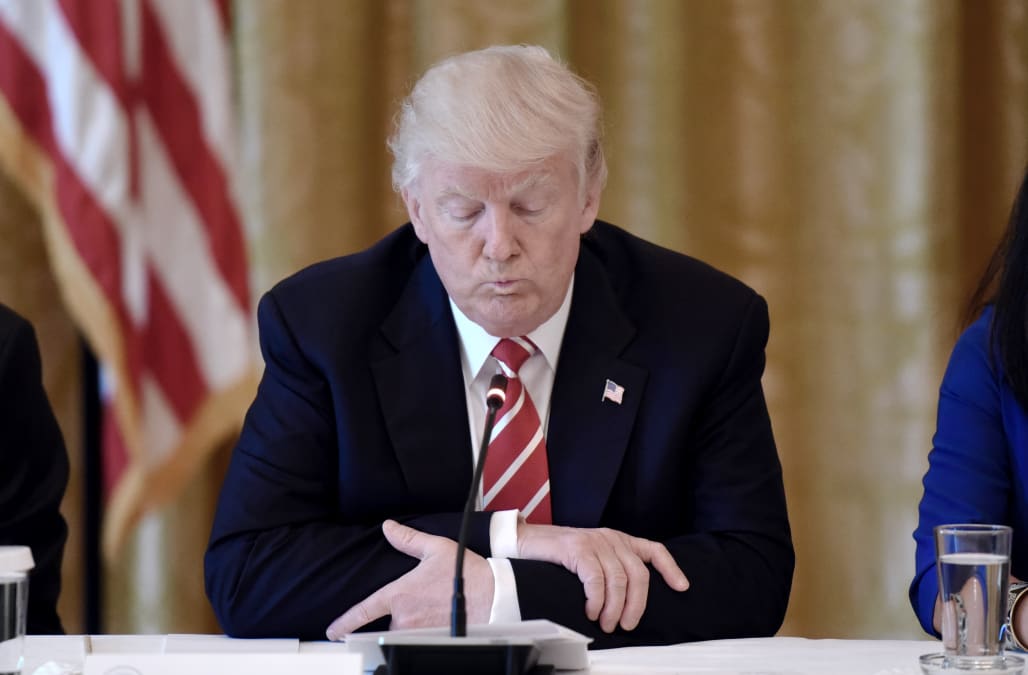 WASHINGTON, June 22 (Reuters) - Two top U.S. intelligence officials have told investigators President Donald Trump suggested they publicly deny any collusion between his presidential campaign and Russia, but they did not feel he had ordered them to do so, CNN reported on Thursday, citing multiple sources.

The two senior officials said they were surprised at Trump's suggestion and found their interactions with him odd and uncomfortable, but they did not act on the presidents' requests, CNN reported, citing sources familiar with their accounts.

Representatives for the White House have previously directed any queries about the Russia investigation to Trump's lawyer, Marc Kasowitz. A spokesman for Kasowitz did not immediately reply to a request for comment.

Representatives for Mueller's office could not be immediately reached for comment. Representatives for Coats, Rogers, and the Senate intelligence panel's Republican Chairman Richard Burr and ranking Democrat Mark Warner had no comment.

Mueller's team and the panel, along with several other congressional committees, are probing alleged Russian interference in the 2016 U.S. presidential election. The Kremlin has denied U.S. intelligence agencies' conclusion that Moscow tried to tilt the election campaign in Trump's favor, using such means as hacking into the emails of senior Democrats.

Trump, a Republican, has denied any collusion and has variously said Russia might or might not have been responsible for hacking. He continued to cast doubt on the investigations in a series of tweets on Thursday morning.

"By the way, if Russia was working so hard on the 2016 Election, it all took place during the Obama Admin.," Trump wrote. "Why didn't they stop them?

Johnson, who was Homeland Security secretary under former Democratic U.S. president Barack Obama, on Wednesday told lawmakers there was a delay in the FBI notifying his agency about cyber hacking at the Democratic National Committee. The Obama administration was hesitant to insert itself into the election by asking the president himself to make a public announcement, Johnson added.

But Johnson, who has been out of government since late January, did not weigh in on whether the hacks were a result of collusion between the Trump campaign and Russia.

Obama's office did not immediately reply to a request for comment.

Coats and Rogers had told the Senate committee at a June 7 public hearing that they could not comment on their conversations with Trump because they believed them to be confidential. They provided no legal basis for their position.

Their refusals exasperated both Republican and Democratic senators on the panel. Coats and Rogers later met with the Senate intelligence panel behind closed doors.

In May, the Washington Post reported that Trump had urged Coats and Rogers to publicly deny there was any evidence of collusion but that they refused to comply with what they believed were inappropriate requests.

Former FBI Director James Comey accused Trump of firing him to try to undermine the agency's Russia investigation. He told the Senate panel this month he was so unsettled by his interactions with Trump that he immediately documented them in detailed memos. (Writing by Susan Heavey; Additional reporting by Julia Edwards Ainsley; Editing by Lisa Von Ahn)