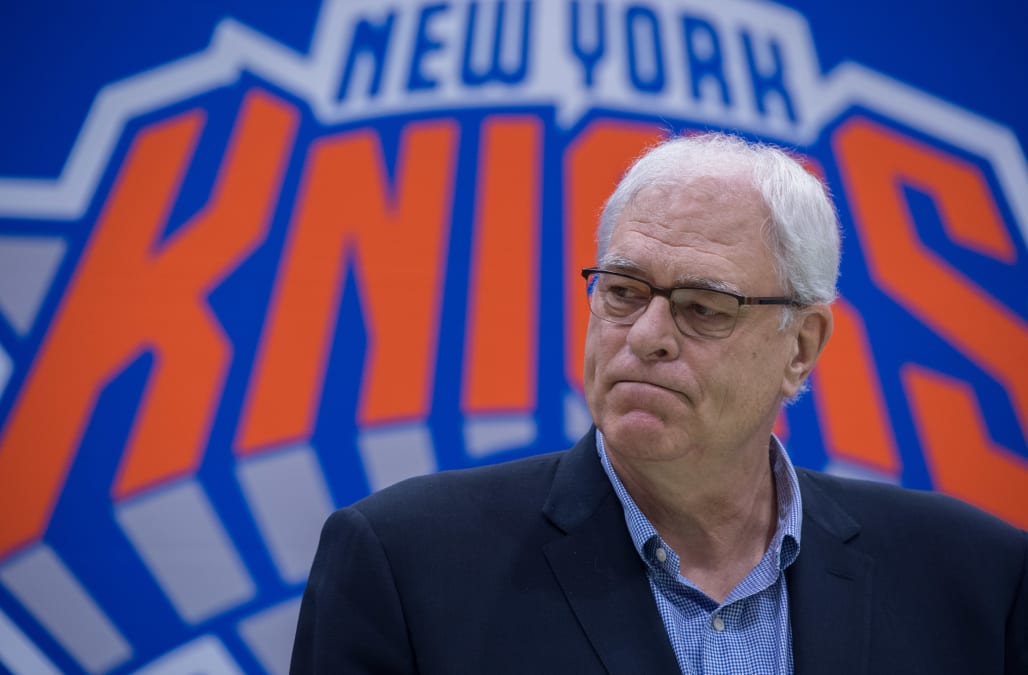 The New York Knicks reportedly have tarnished their image around the NBA by dangling their stars in trades, and Phil Jackson may not have helped during pre-draft workouts.

According to ESPN college basketball analyst Jay Williams, one draft prospect projected to go in the top 15 told him that Jackson was falling "in and out of sleep" during his workout.

"A top 15 draft pick told me the other day, because we were involved in this conversation about Phil Jackson and the Knicks," Williams said on ESPN on Thursday, "and he said, 'Phil Jackson was falling in and out of sleep during my workout.'"

ESPN's Bob Ley reacted with surprise to the statement and Williams reiterated the story.

"@PhilJackson11 was falling in and out of sleep during my workout." - @RealJayWilliams on a recent recruit he spoke with. pic.twitter.com/Qmh4j0X9Pu

The Knicks have the eighth pick in the draft on Thursday, and many project them to take either Kentucky guard Malik Monk or French guard Frank Ntilikina. Presumably, Jackson and the Knicks were awake to watch them work out.

SEE ALSO: NBA MOCK DRAFT: Here's what the experts are predicting for all 30 first-round picks

NOW WATCH: Here are all the animals Usain Bolt can outrun