NBA MOCK DRAFT: Here's what the experts are predicting for all 30 first-round picks 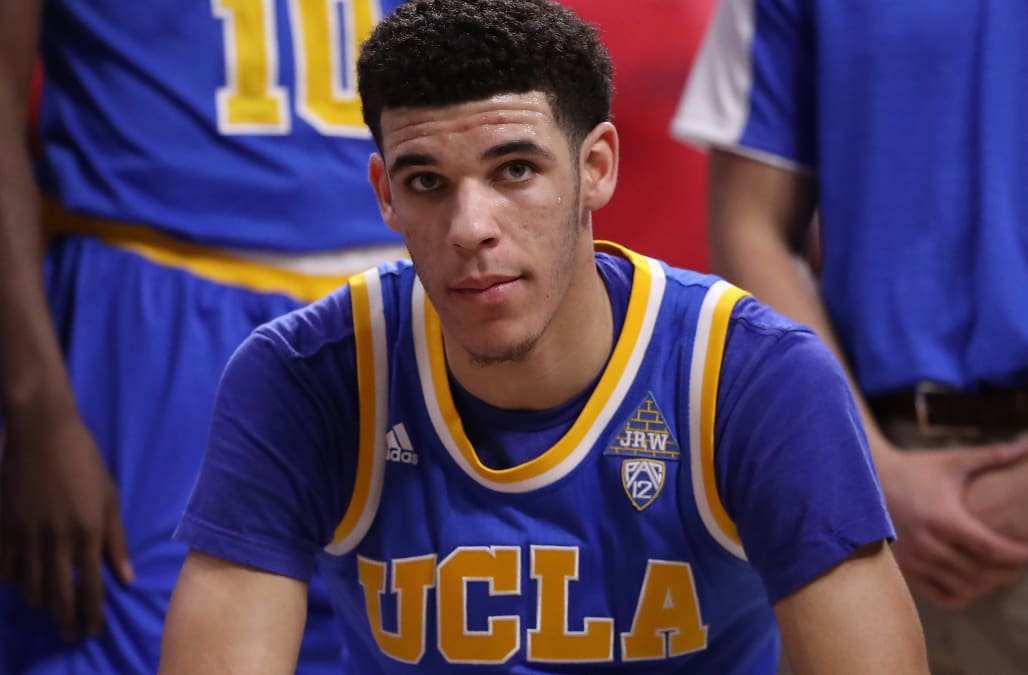 The NBA Draft had the rarest of shake-ups over the weekend: a trade for the No. 1 pick.

The Philadelphia 76ers gave the No. 3 pick and a future first-round pick to the Boston Celtics to jump up to No. 1.

In doing so, the 76ers signaled a potential end of "The Process" by going after consensus top prospect Markelle Fultz while the Celtics seem to continue to bide their time until they make a big move.

While the very top of the draft seems set, the remaining picks appear to be up in the air. To get a better idea of how the first round might play out, we surveyed seven experts' mock drafts to find a consensus pick for all 30 first-round picks.

Key expert quote: From Ford: "[The Sixers] need a guard who can run the point, play off the ball, score, stretch the floor and defend both guard spots. Fultz checks all of those boxes in a way no one else in the draft can."

Key expert quote: From Howard-Cooper: "Ball... has shown himself to be grounded, relaxed and, more than anything, a team player with little interest in demanding the spotlight. He has great vision and is a pass-first point guard with the basketball IQ to deliver the ball at the right time and the right place."

Key expert quote: From Sharp: "Jackson is a great athlete who plays extremely hard. He can't shoot, but he can dunk everything and defend multiple positions, and he'll make a surprising number of plays as a passer. Think young Iguodala."

Key expert quote: From Ford: "Tatum is perhaps the most NBA-ready player in the draft. He's a potential 20-points-per-night scorer."

Key expert quote: From Parrish: "The Kings are desperately in need of a young point guard with a high ceiling, and Fox is exactly that. At 6-4, he has nice size for the position and is super-fast with the ball."

Key expert quote: From The Ringer: "A tall, lanky, multipositional 3-and-D athlete with role-player skills who can become much more if he develops a scorer’s mentality."

Key expert quote: From Ford: "We've been back and forth between Isaac and Markkanen here for several mock drafts ... Markkanen is more ready now and a more proven shooter."

Key expert quote: Howard-Cooper on Ntilikina: "If at age 18 the Frenchman is this poised, with great court vision and unselfish with the ball — plus he has the chance to keep getting taller — imagine the possibilities when he becomes an old man of 21 or 22 with NBA experience."

Key expert quote: From Howard-Cooper: "Good NBA defenders may have trouble staying in front of Smith as a rookie. He has that much explosiveness, with speed and leaping ability while constantly playing in attack mode."

Key expert quote: From Ford: "Collins is an athletic rim protector who can also stretch the floor. They have a several young big men with Skal Labissiere, Willie Cauley-Stein and Georgios Papagiannis already on the roster. But Collins' talent is worth a selection here."

Key expert quote: From Howard-Cooper: "Mitchell’s projected ability to play both backcourt spots would be a boost for the Hornets' second unit and give him a chance to break into the rotation."

Key expert quote: From Ford: "Kennard is getting interest as high as No. 8 to the Knicks ... The Pistons need shooting and Kennard may be the best shooter in the draft."

Key expert quote: From DraftExpress: "Collins was one of the most prolific per-minute scorers and rebounders in college basketball last season and is also one of the youngest players in the draft, giving him plenty of upside."

Key expert quote: Parrish on Anunoby: "Anunoby suffered a season-ending knee injury in January ... He's probably a top-10 pick if not for the medical setback. His ability to guard multiple positions could make him special in time."

Key expert quote: From Parrish: "He's a 7-foot forward who averaged 12.9 points and 6.2 rebounds in just 25.3 minutes ... He's a work in progress, sure. But he's also a player with an undeniably high ceiling."

Key expert quote: From DraftExpress: "Allen flashed outstanding potential all season as a rim-runner and pick and roll finisher. His long strides, solid agility and excellent hands allow him to cover ground and present himself to his guards for easy looks."

Key expert quote: From Ford: "Anigbogu may be one of the rawest prospects on the board, but he's also the youngest. His defensive potential as a rebounder and rim protector are clear."

Key expert quote: From Howard-Cooper: "The appeal is that Leaf does a lot of things well, with moves around the basket, range out to the 3-point line and passing ability, all the more impressive that it’s as a freshman."

Key expert quote: The Ringer on Pasecniks: "True center with excellent mobility who needs to improve fundamentals to survive defensively."

Key expert quote: From Howard-Cooper: "He can play with some power inside or use mobility to score in transition, complete with the leaping ability that could lead to finishing a lot of lobs ... Adebayo needs to show he can expand his game on offense."

Key expert quote: Ford on Jackson: "He fits a need for the Thunder with his shooting and versatility. His lack of elite athleticism is the weakness that keeps him out of the lottery."

Key expert quote: The Ringer on Giles: "Injuries have robbed him of his elite standing in this draft class, but his versatility and athleticism as a big still make him an enticing prospect."

Key expert quote: Parrish on Lydon: "Lydon shot 40.0 percent from 3-point range in two seasons at Syracuse ... He'll be a stretch-4 in the NBA and capable of cracking a rotation as a rookie thanks to that reliable jumper."

Key expert quote: From DraftExpress: "Ojeleye may be somewhat of a sleeper in this draft, as almost every team in the league is looking for a combo forward in his mold who can stretch the floor, create his own shot and hold his own defensively."

Key expert quote: From Sharp: "Evans undersized at 5'11", but he's quick and creative, and he was a nightmare in the pick-and-roll at Oklahoma State. Those skills translate in the NBA."

Key expert quote: From Ford: "Hartenstein is an athletic big man who lacks refinement in his game. The Blazers can keep him overseas for another year or two."

Key expert quote: From Parrish: "The 6-9 forward averaged 18.5 points and 12.5 rebounds for the outright Big Ten champions and was a consensus first-team All-American. And the fact that he shot 44.7 percent from 3-point range suggests he's equipped to step away from the basket at the NBA level too."

Key expert quote: Ford on Wilson: "The Lakers are said to be high on this high-flying stretch-4. When Wilson isn't boarding above the rim or launching 3s, there isn't a lot to his game, but those two attributes can get a player into the first round."

Key expert quote: From Ford: "There's very little that's sexy about Hart's game. But he does everything well enough and could be a long-term backup for Danny Green."

Key expert quote: From Sharp: "Bolden has a ton of skill at 6'10", and he could be a nice steal as a stretch-four."