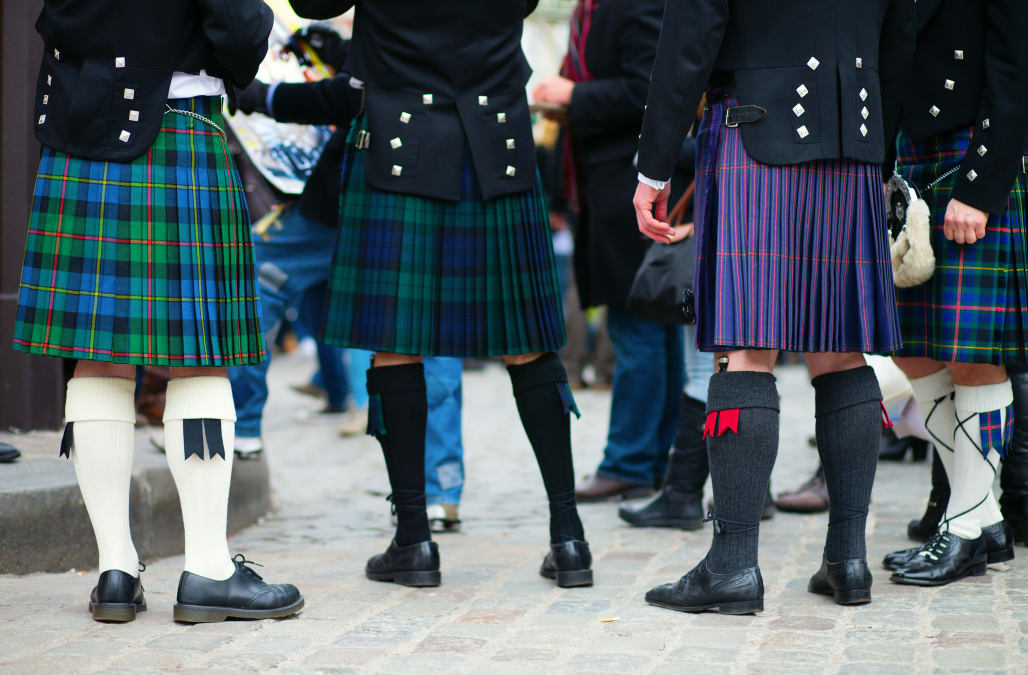 Men wearing skirts is apparently a growing trend... for protesting at least. Thanks to some very overheated bus drivers.

Bus drivers in France actually showed up to work wearing skirts not just because the temperatures are ridiculously high, but because they're not allowed to wear shorts due to union rules.

The Union banned shorts not just in France, but in Sweden and the UK also.

Of course, drivers were not happy about it and called it absurd, according to International Business Times.

The Telegraph was told by a bus driver that the rule was discrimination because women drivers are allowed to wear skirts.

In response to the ban, men decided to wear skirts.

However, men skirts have been spotted around the globe for a while now.

They aren't just popular in Scotland but apparently in France too.

Fashion icons such as Marc Jacobs and even Kanye West have worn skirts. Even Vin Diesel and Samuel Jackson!

Jayden Smith himself wore a skirt to his prom a couple of years ago as a stance against stereotypes and bullying.

Just like real men wear pink, real men wear skirts. There are many reasons to rock a skirt and the welcome breeze is as good a reason as any!