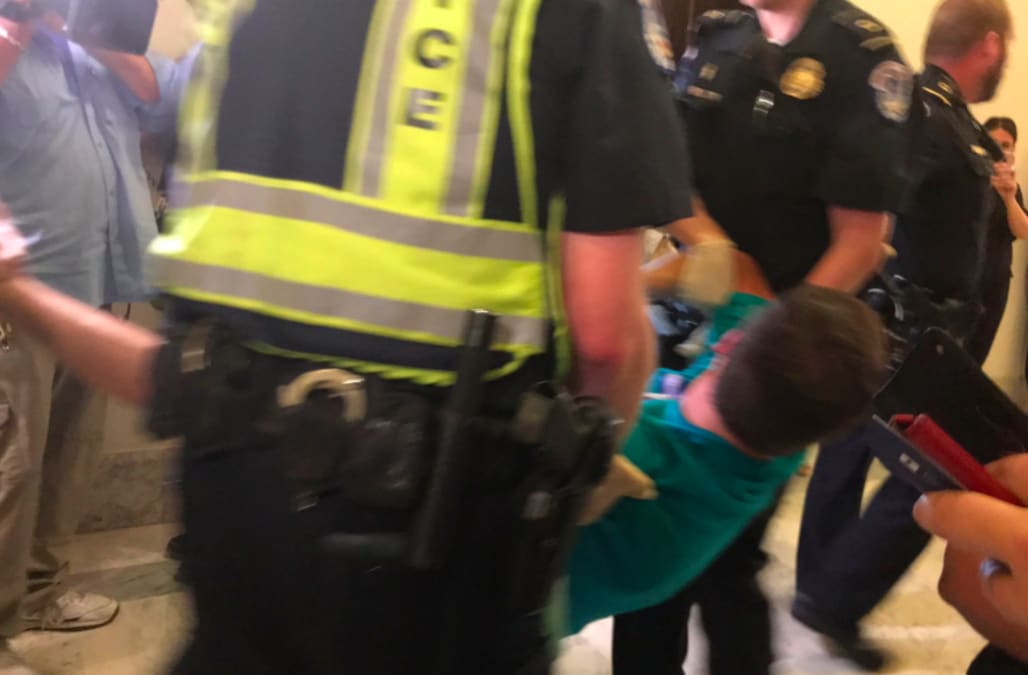 Video footage and photos of people being dragged out of the building were posted to Twitter by multiple reporters.

Capitol police are dragging people away from Mcconnell's office. pic.twitter.com/ldvakYdvl4

The 142-page bill is expected to curb Obamacare's expansion of Medicaid for low-income Americans.

The crowd gathered outside McConnell's office was reportedly chanting, "No cuts to Medicaid save our library," according to ABC News reporter Mariam Khan.

The scene outside McConnell's office: