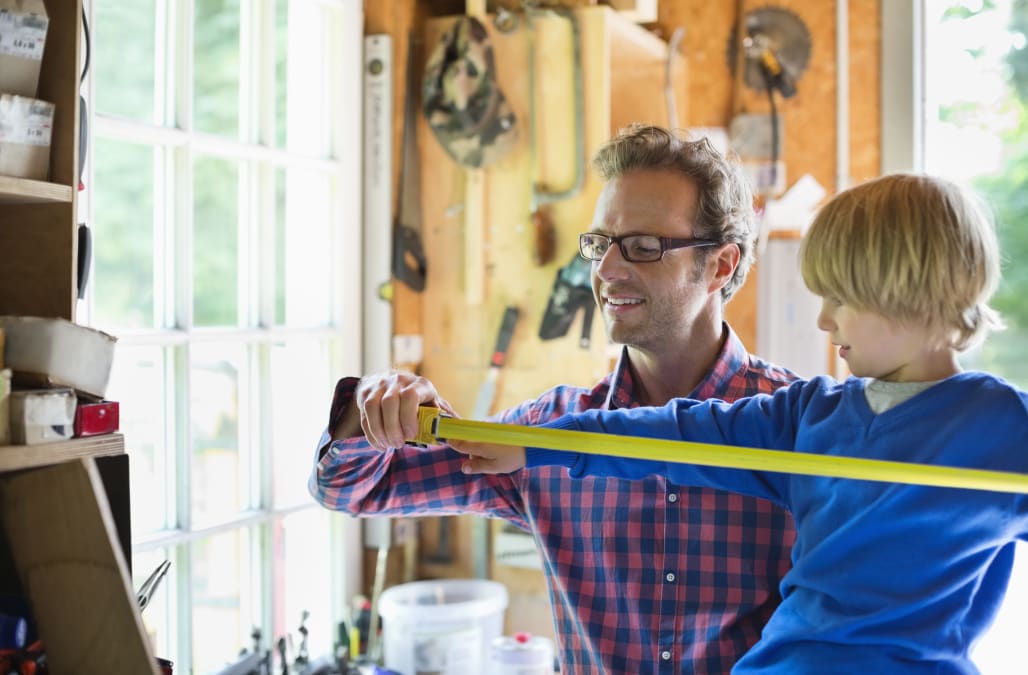 There might be a reason you're a "geek" – and much of it has to do with your dad.

According to new research, sons of older fathers are "geekier;" i.e. they're smarter, focused and don't care as much about fitting in with their peers. Translational Psychiatry published the research Tuesday from the New King's College London and the Seaver Autism Center for Research and Treatment at the Icahn School of Medicine at Mount Sinai in New York.

Researchers gathered data from almost 8,000 twins based in the U.K., reports The Guardian. The twins took online tests at age 12 meant to gauge their "geek-like" traits, including how socially detached they were. That study had also asked parents how peers see their children and if their children were particularly interested in certain subjects.

With this data, the researchers calculated each child's "geek index" and found higher scores correlated with the sons of older dads. Fathers 25 years old or younger saw children with an average score of 39.6, compared to 41 for children whose dads were 35 to 44 years old and 47 for those whose dads were more than 50 years old, reports The Guardian.

They accounted for the socioeconomic status, qualifications and employment of their parents, and also discovered these "geeks" performed better on exams (especially in subjects of science, technology, engineering or math) years following the index measurement.

This study follows other research indicating children of older fathers face a higher risk of conditions like autism and schizophrenia.

"We have known for a while about the negative consequences of advanced paternal age, but now we have shown that these children may also go on to have better educational and career prospects," study author Magdalena Janecka of King's College London and the Seaver Autism Center at Mount Sinai said in a statement.

Going forward, these results could impact future research on the study of older dads, "geekiness" and autism spectrum disorder. Researchers think some of the genes for geekiness and autism overlap and that for older fathers, they're more likely prevalent.

More from US News:
Renaming (and Rethinking) Obesity
What Is the Artificial Pancreas?
Fever During Pregnancy Linked to Higher Autism Spectrum Disorder Risk