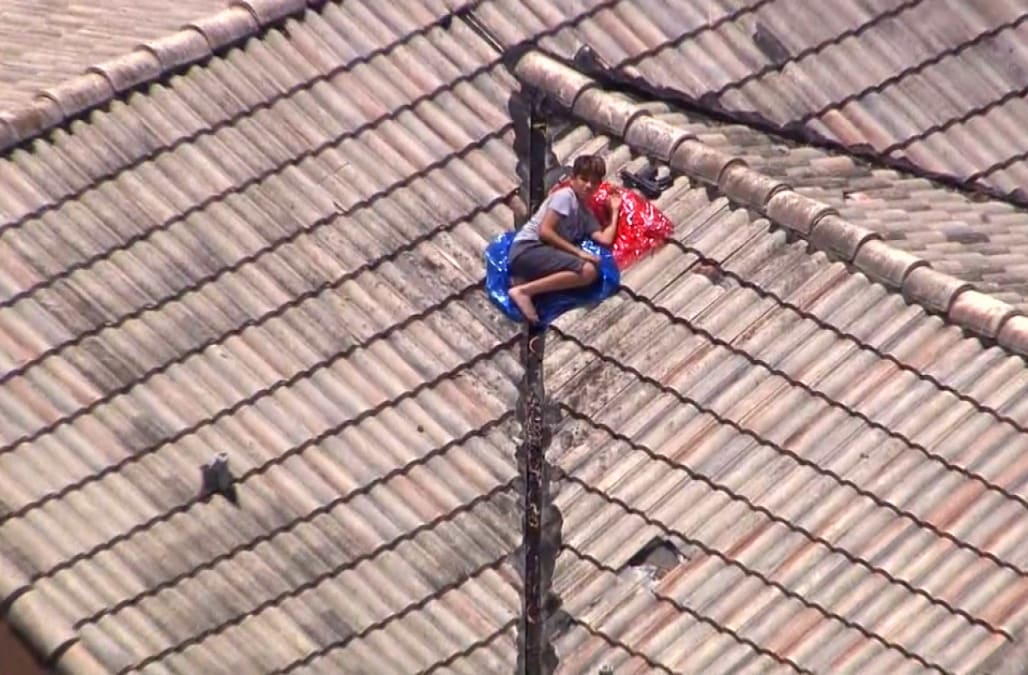 An 11-year-old boy reported missing by his parents turned up in a most unlikely place Wednesday: Taking a nap on the roof of his house.

The two-hour search came to an end as a news helicopter from WSVN-TV spied the boy nestled atop the roofing tiles of his Miami home.

"We spotted the child," reporter Ralph Rayburn radioed to his assignment desk. "He's on the roof of his house."

Police had been searching the neighborhood when the kid was seen snoozing on a tarp.

"He appears to be in good shape," Rayburn told his colleagues.

The helicopter journalist told Inside Edition that he was flabbergasted at the sight of the child as he passed over the house.

Read: Mothers of D.C.'s Missing Children Reveal Their Fears: 'When Your Phone Rings, You Don't Know If It's a Homicide'

Officers helped the chagrined boy down from his hiding place.

And why had he run off? He didn't want to go to summer camp.

Watch: Mom and Her 2 Kids Missing After Plane Is Lost in Bermuda Triangle