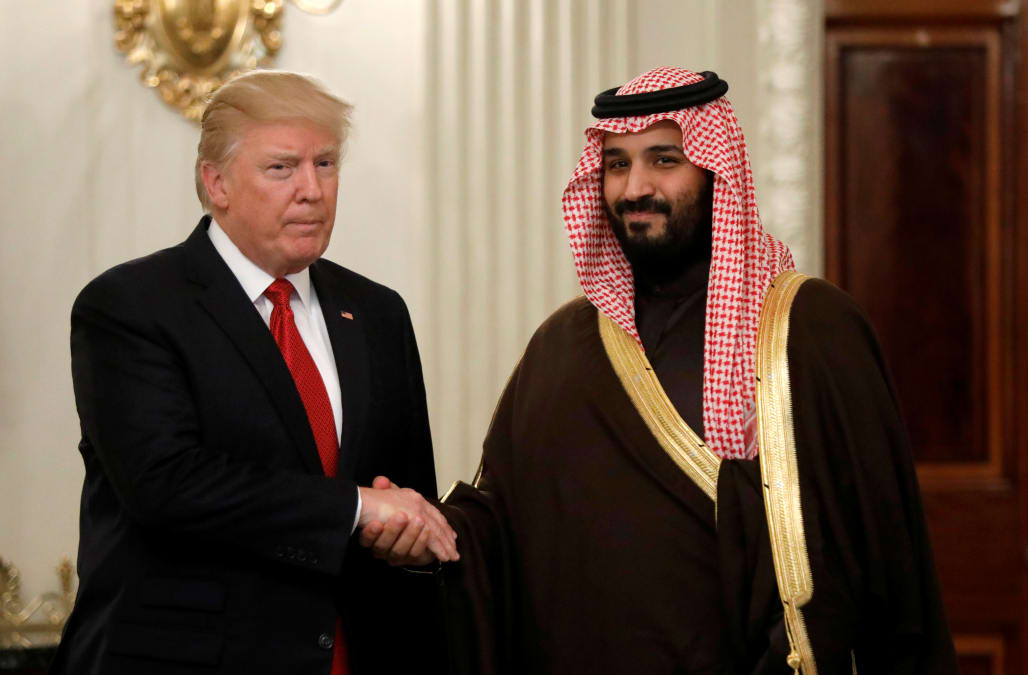 Saudi Arabia named Mohammed bin Salman, the king's son and the country's defense minister, to be next in line in to the throne, state media announced Wednesday.

The 31-year-old replaces Muhammad bin Nayef as the heir apparent to King Salman who assumed the throne in January 2015.

Bin Nayef, a nephew of the 81-year-old king, was also removed as deputy premier and interior minister. Bin Nayef was for years the country's counter-terrorism chief who put down a brutal al-Qaeda bombing campaign.

No reason for the replacement was immediately announced, but Prince Mohammed, not Bin Nayef, was chosen to visit President Donald Trump at the White House in March. That meeting that was widely hailed as a success in Saudi Arabia.

Angered and disappointed by President Barack Obama's rapprochement with its main rival Iran, the Saudi government has embraced Trump.

The new crown prince is often depicted as a reform-minded technocrat devoted to building the kingdom's economy beyond the oil industry.

He spear-headed Saudi Vision 2030 — which was unveiled in April 2016. It aimed at transforming the world's largest oil producer into a "global investment powerhouse," a logistical hub for three continents and commodities exporter.

As defense minister, bin Salman has pursued a war in neighboring Yemen, leading forces from other Arab states to put down a rebellion by Iran-linked Houthi rebels. Rising civilian Yemeni casualties have garnered international condemnation of Saudi Arabia.

Bin Salman has been unbending on Iran, which the Saudi government views as an existential threat to royal rule. He has rejected the possibility of dialogue with Tehran.

Last year, Prince Mohammed visited Silicon Valley to sell his vision of market-oriented reforms and a transformation of the kingdom's economy and society.

Related: One Saudi Prince Gets Lunch With Trump, His Rival Gets a Medal

"This guy is all about change," Saudi analyst Ahmad Al-Ibrahim told NBC News in November as Prince Mohammed was promoting modernization of Saudi Arabia's economy as a way to modernize the desert kingdom's ultra-conservative social structure.

The prince has "huge ambitions and a Western mindset that he wants to apply to Saudi Arabia," Al-Ibrahim added.

While often cast as a westernizing modernizer, human rights defenders view his amassing power with skepticism.

Saudi Arabia is an absolute monarchy and continues to arrest, try and convict peaceful dissidents, according to Human Rights Watch. Women and religious minorities are still "systematically" discriminated against, it adds.