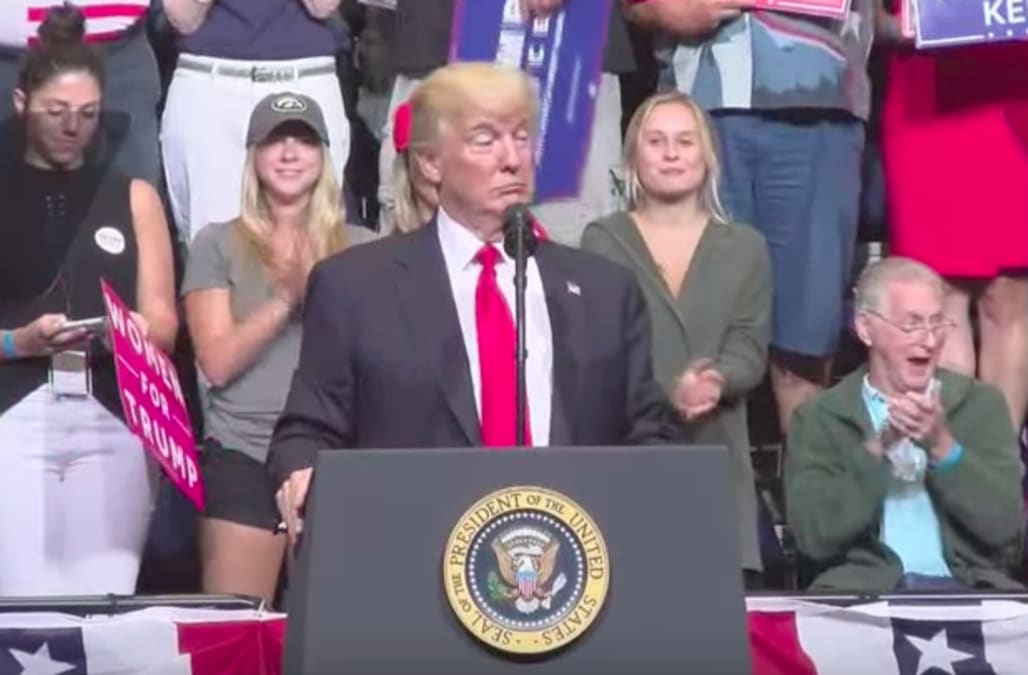 During a "Make America Great Again" rally in Cedar Rapids, Iowa on Wednesday, President Donald Trump praised his wife Melania Trump for being "very popular" since becoming the first lady.

"I'd go home and my wife Melania would say -- who by the way she has become very popular. They're liking her ... They're liking her," Trump said, seemingly with a surprised look on his face. "She'd say, 'I never saw the crowd. But it sounded like a lot of people,'" Trump continued.

And according to polling, the president is not wrong. After 100 days in office the first lady is more popular with the American people than the president.

A CNN survey back in March showed that around 52 percent have a favorable view of the first lady, a considerable leap from just 36 percent during inauguration week in January.

The same polled showed the president with just a 38 percent approval rating.

The first lady has stayed out of the public eye for the most part since stepping into the historic position. However, the appearances she has made, including visits to women's shelters and children's hospitals, have mostly driven positive media attention.

The president and the first lady did make headlines during their first overseas trip since winning the election when Melania seemingly swatted away her husband's hand on two separate occasions.

The pair have since held hands in public on multiple occasions.