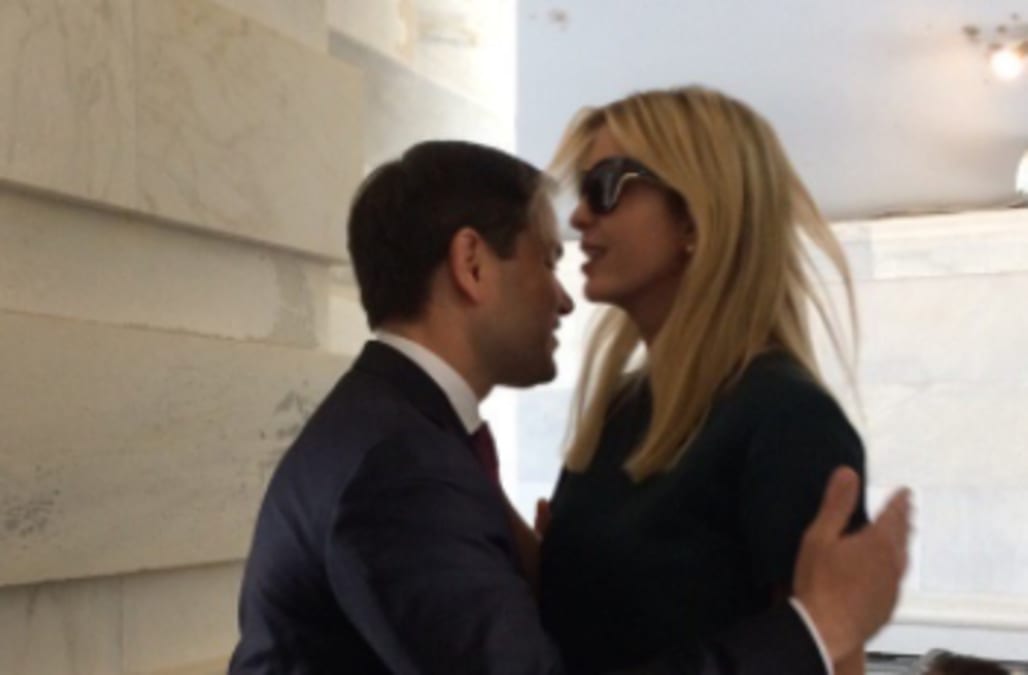 When Ivanka Trump arrived at the Capitol on Tuesday to talk about paid family leave with Sen. Marco Rubio, things seemed to have gotten a little awkward.

Rubio leaned in to embrace her, and judging by the look on her face in a photo of the encounter, the first daughter was not here for it.

Ivanka Trump being greeted at the Capitol by Marco Rubio...what's going on here? pic.twitter.com/HNqpyBFVqE

Rubio responded to the incident on social media, saying he will be getting to the bottom of what really happened in the photo.

He then claimed that no hug happened at all.

Based on review of evidence & my own recollection, have concluded no hug was even attempted & press covfefe of alleged failed hug is false

Trump joined in, claiming that allegations of an awkward hug were "fake news."

She added that, if given the opportunity, she would not dodge a hug from Rubio.

Anonymous sources say @marcorubio planned the alleged failed hug. I have no comment (but I would have hugged him anyway! 🤗) https://t.co/TChrqWsL4D