After weeks of secrecy, US Senate to unveil healthcare bill 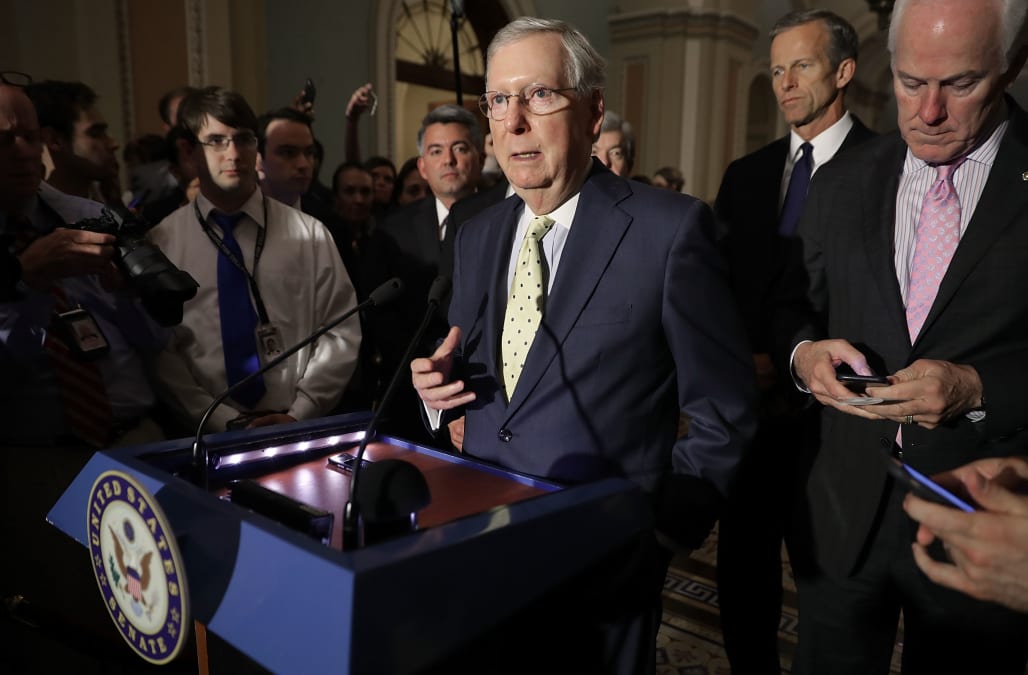 WASHINGTON, June 20 (Reuters) - U.S. Senate Republicans plan to unveil the text of their draft healthcare bill on Thursday as senators struggle over issues such as the future of the Medicaid program for the poor and bringing down insurance costs.

Republicans in the chamber have been working for weeks behind closed doors on legislation aimed at repealing and replacing major portions of the Affordable Care Act, former Democratic President Barack Obama's signature healthcare law, popularly known as Obamacare.

The effort has been plagued from the start by tensions between moderates and conservatives, which surfaced again on Tuesday. Democrats have also criticized the behind-the-scenes meetings, staging a protest on the Senate floor on Monday.

"Republicans are writing their healthcare bill under the cover of darkness because they are ashamed of it," Senate Democratic leader Chuck Schumer charged.

President Donald Trump campaigned on a promise to repeal Obamacare. The 2010 law extended insurance coverage to millions of Americans through both subsidized private insurance and an expansion of Medicaid.

The Republican-controlled House of Representatives narrowly approved its version of repeal last month.

Trump has urged the Republican-led Senate to pass a more "generous" bill than that approved by the House, whose version he privately called "mean," according to congressional sources.

An estimated 23 million people could lose their healthcare under the House plan, according to the non-partisan Congressional Budget Office. Senate Majority Leader Mitch McConnell said on Tuesday the Senate healthcare bill would be different from the House version, but he did not elaborate.

In the Senate, moderates including Senator Shelley Moore Capito have argued for a long, seven-year phase-out to the Medicaid expansion that happened under Obamacare. But Senator John Thune, a member of the Republican leadership, said on Tuesday the phase-out in the bill might just be three years.

Capito said on Tuesday she was also concerned the Senate healthcare plan might cap Medicaid spending and shift it to a lower growth rate in 2025. "That's an issue," she said.

Senate conservatives also seemed wary of the emerging bill. Ted Cruz, a member of a core group of 13 Republicans who have been working on the legislation, told reporters the bill did not yet do enough to lower health insurance premiums. "If it is going to pass, the bill is going to have to make meaningful steps to reduce premiums," he said.

Given the opposition of all Senate Democrats to repealing Obamacare, Republican leaders will need the support of at least 50 of the chamber's 52 Republicans to ensure passage.

McConnell announced a discussion draft would be laid out on Thursday. The bill will be brought to the Senate floor once the CBO has assessed its cost and impact, "likely next week," McConnell said.

Thune said the bill was not yet finalized, saying: "We're trying to get definitive determinations" on a range of issues.

"I want to assure you, before this summer is over ... President Donald Trump and this Congress will keep their promise to the American people, and we will repeal and replace Obamacare," Pence told a meeting of the National Association of Manufacturers.