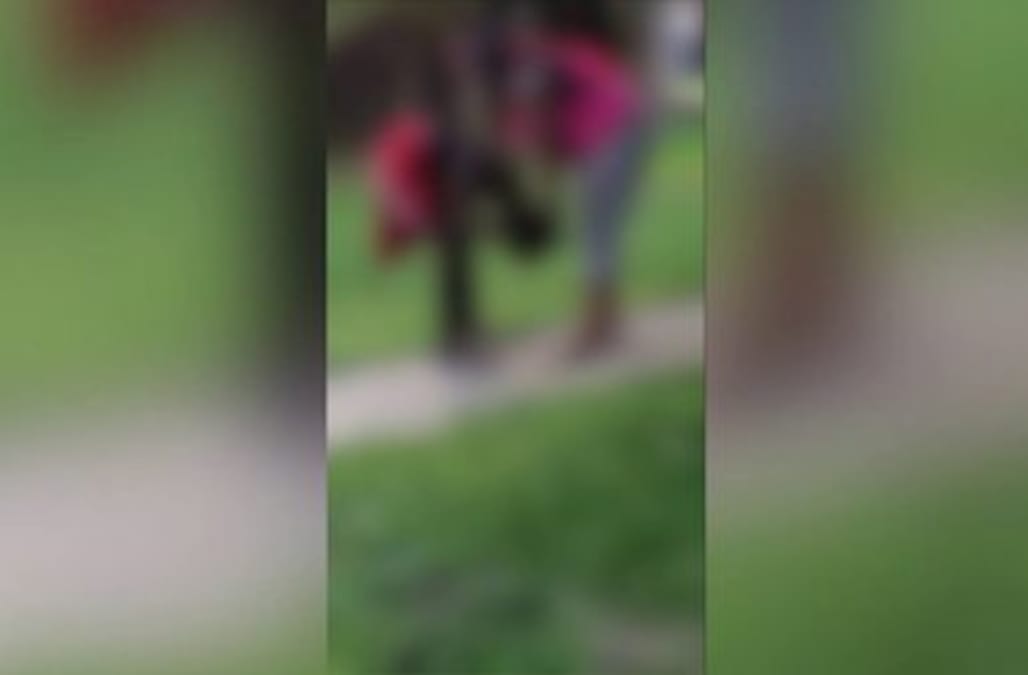 RICHMOND, Va. (WTVR) -- An arrest has been made after video of a Richmond woman assaulting a child was posted on Facebook.

Larita N. Cosby, 32, of Lamb Avenue, was arrested and charged for her role in the assault, police said.

The video showed Cosby grab a girl, who appeared to be middle to high-school aged, by the hair and hit her repeatedly.

"She was arrested on Friday, June 16, and charged with domestic simple assault. She was also charged with contributing to the delinquency of a minor for an unrelated incident," a Richmond Police spokesperson said.

As video was widely shared on Facebook earlier this month, social media user around the country called for Cosby's arrest.

Tipsters indicated the child in the video is Cosby's daughter, but police have not confirmed that information.

"The Richmond Police Department has been working with Child Protective Services and would like to thank the community for providing information regarding this case," the police spokesperson said.