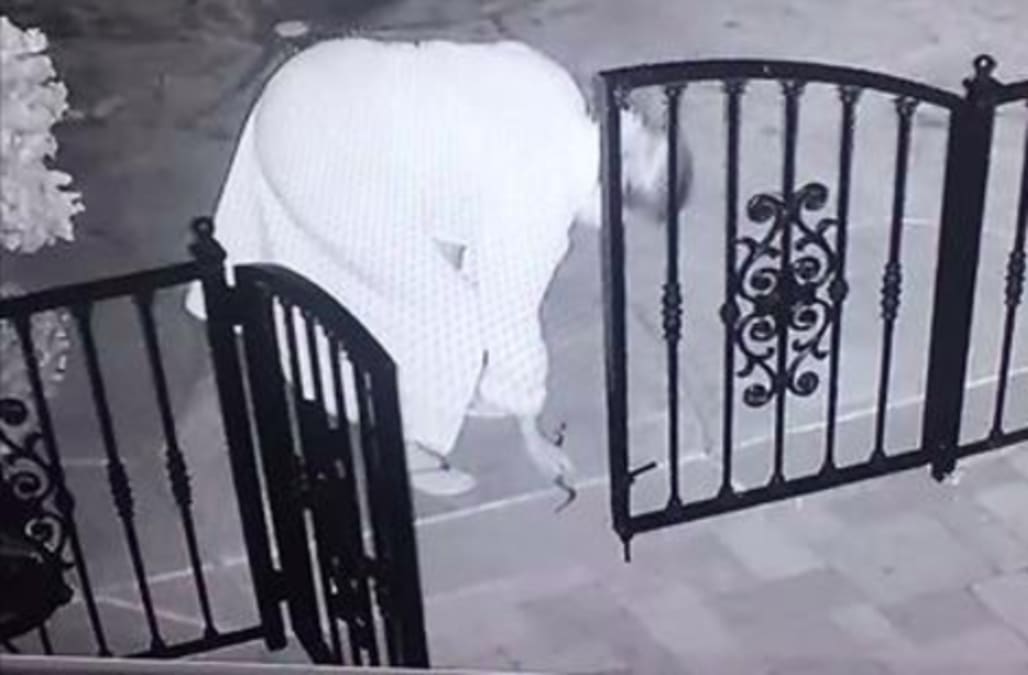 A California woman violently panicked and darted away after picking what she believed to be her dog's toy -- only to discover it was a venomous rattlesnake.

Carla Portocarerro Rosso and her husband were calling it a night after soaking in their hot tub last Wednesday before the terrifying encounter was captured by their home surveillance camera.

On her way inside, her husband asked her to bring in their dog, Duchess.

"She wouldn't come, so I said 'Oh, there's a toy over there' and I went to grab it," she told KTLA, thinking she had spotted Duchess' toy rope. "I grabbed it and I felt something gushy, and I said 'Oh my God!'"

That's when Rosso realized she was holding a rattlesnake with her bare hand.

It was at that moment that Rosso screamed and jetted back to her husband, who was still relaxing in the hot tub.

The couple and their dog made it out of the yard unscathed. They ended up calling the local fire department for help, who Rosso confirmed "took care" of the reptile.

"I'm going to be walking around with a flashlight," Rosso said. "I know this is their habitat."