Who is Jon Ossoff? 30-year-old Democrat running for Congress in Georgia 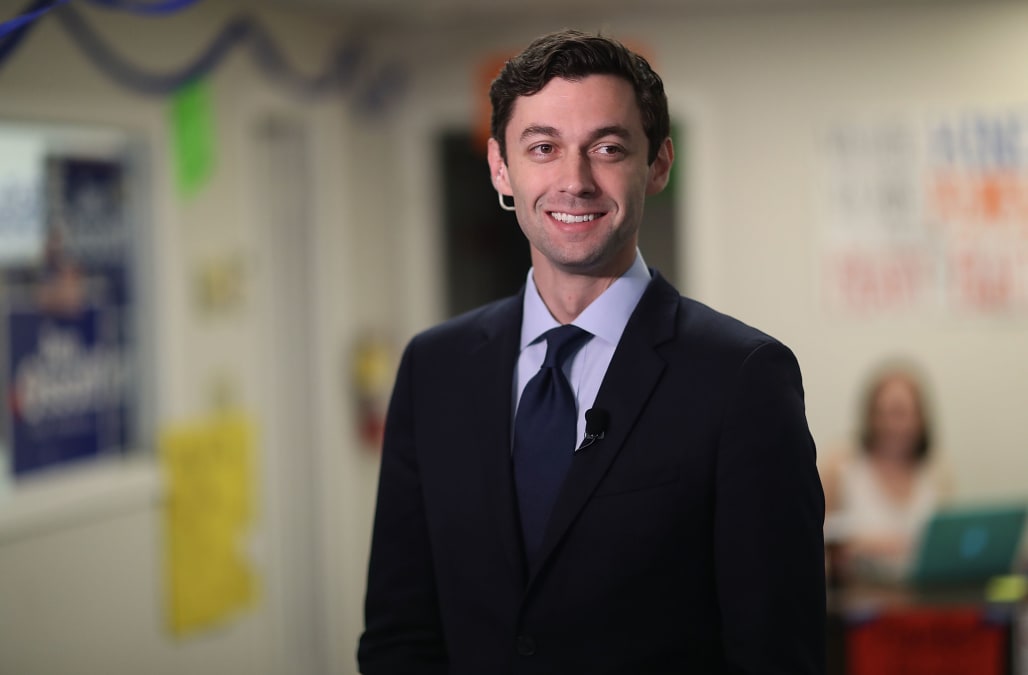 All political eyes are on Georgia's Sixth Congressional District on Tuesday and many are wondering who the young Democratic candidate Jon Ossoff is and where he came from.

The 30-year-old is taking on veteran Republican candidate Karen Handel in what is the most expensive House race ever.

SEE ALSO: Major impact Georgia's special election could have on US politics

The special runoff election is a key test for both parties heading into the 2018 midterm elections.

Check out some interesting facts about Ossoff below:

Who is Jon Ossoff?
Democratic candidate Jon Ossoff runs for Georgia's 6th Congressional District in a special election against the Republican candidate Karen Handel to replace Tom Price, who is now the Secretary of Health and Human Services. The election will fill a congressional seat that has been held by a Republican since the 1970s. (Photo by Joe Raedle/Getty Images)
Atlanta, Georgia, USA twilight rush hour.

Ossoff interned for Rep. John Lewis when he was a student at Paideia School -- a private K-12 Atlanta school.

In 2013, Ossoff began working for former BBC reporter Ron McCullagh. At this time, Ossoff used an inheritance to buy the ownership stake in an investigative journalism business McCullagh owned -- renaming it Insight TWI.

Ossoff started dating his now-fiancee Alisha Kramer when they were in high school.

Both Ossoff and Kramer attended Georgetown University. Ossoff majored in international affairs, and Kramer majored in biology.
Ossoff attended the London School of Economics for his master's degree after graduating from Georgetown.

Ossoff worked as a staffer for Rep. Hank Johnson (D-GA) for five years after graduate school.

Ossoff decided to join the Congressional race after Tom Price vacated his seat to join the Trump administration as the new Health and Human Services Secretary.

Ossoff has raised over $23 million from supporters around the country.