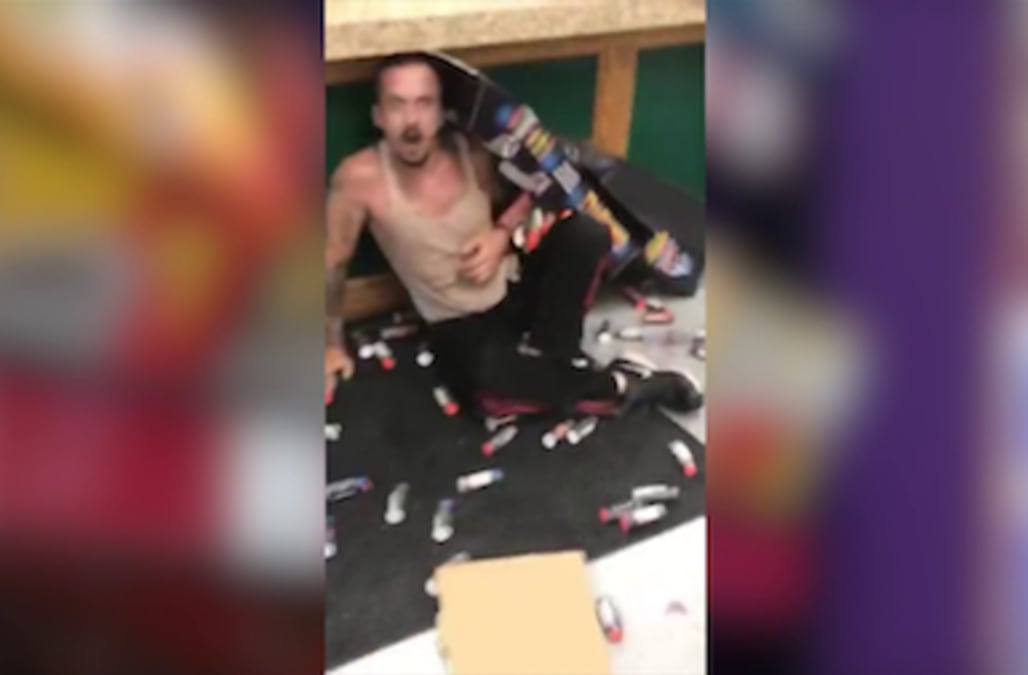 FORT SMITH (KFSM) -- In a now-viral video, a Fort Smith man ran into a local gas station and in a hysteric state -- claimed he was poisoned.

The man who took the video, Cleavon Kursh said, "I came here (to the store) and the guy came around the corner. He was yelling, 'they're trying to kill me,' but nobody was chasing him."

"He come running into the store," employee Angel Griffith said, "yelling for help that somebody gave him a hot shot, and he was flipping out about it."

In his hysteric state, you can see 29-year-old Michael McBride knocking over displays, making it difficult for officers to restrain him.

The police report states, "I felt McBride was under the influence of methamphetamine."

Angel Griffith was working when it happened Friday night. She said she knew him.

"He's got a messed up eye, so everybody calls him, 'Crazy Eye' over the years."

People who know him describe McBride as a good guy.

"I wasn't scared," Griffith said, "I've been through this several times. I've seen stuff like this over the years because I'm a recovering addict."

As a recovering addict, Griffith feels this incident brings to light a major issue in Fort Smith.

"People need to be educated on the addiction that's in Fort Smith. It's a lot," she said.

That's why the man who streamed the video online says he took the video to begin with.

"Yes," he responded when asked, "I feel I did the right thing. It raised a lot of awareness to what's going on in our town of Fort Smith, Arkansas."

To do what they said felt right, those at the scene had to remain calm. That's the advice Griffith gives to anyone who finds themselves in a similar situation.

Sergeant Doug Brooks tells us the man was treated and released from the hospital.