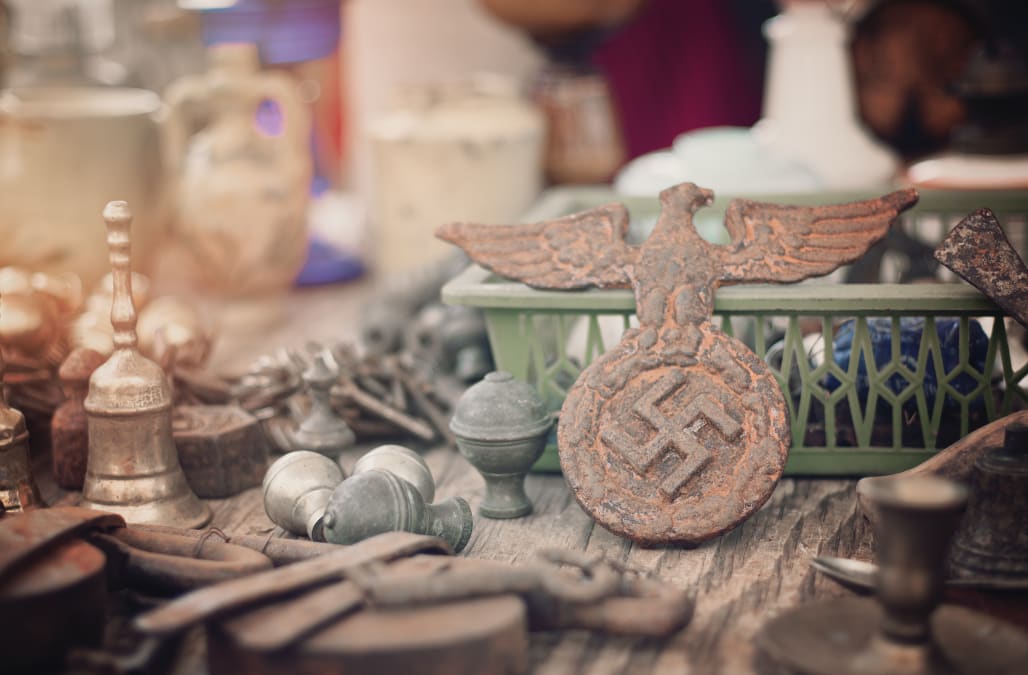 Police in Buenos Aires believe they have uncovered the biggest collection of Nazi artifacts in Argentina's history hidden in a secret room in a house near the capital.

Some of the 75 objects found in the collector's home include a bust of Adolf Hitler, magnifying glasses in elegant boxes with swastikas and a macabre medical device used to measure head size, the Associated Press reports.

Authorities believe the relics are originals that belonged to high-ranking Nazis in Germany during World War II.

Argentine Security Minister Patricia Bullrich told the AP that some pieces were accompanied by old photos.

"This is a way to commercialize them, showing that they were used by the horror, by the Fuhrer," she said. "There are photos of him with the objects."

According to the AP, other disturbing items include toys used to indoctrinate children, a statue of the Nazi Eagle above a swastika, a Nazi hourglass and a box of harmonicas.

The investigation that eventually led to this unbelievable find began when authorities found artworks of "illicit origin" in a gallery in Buenos Aires, the AP reports.

Interpol agents followed the collector and raided the house on June 8. They found a hidden passageway to a room filled with Nazi artifacts behind a large bookshelf.

The collector, who has not been identified, is under investigation by a federal judge.

"There are no precedents for a find like this. Pieces are stolen or are imitations. But this is original and we have to get to the bottom of it," Roncaglia said, according to the AP.

Police are not sure how the artifacts got into Argentina, but they have a theory -- some experts think they were smuggled by a high-ranking Nazi after World War II, when the South American country became a refuge for fleeing war criminals

Ariel Cohen Sabban, president of the DAIA, which is the umbrella organization of Argentina's Jewish community, called the find "unheard of" in Argentina.

"Finding 75 original pieces is historic and could offer irrefutable proof of the presence of top leaders who escaped from Nazi Germany," Cohen told the AP.