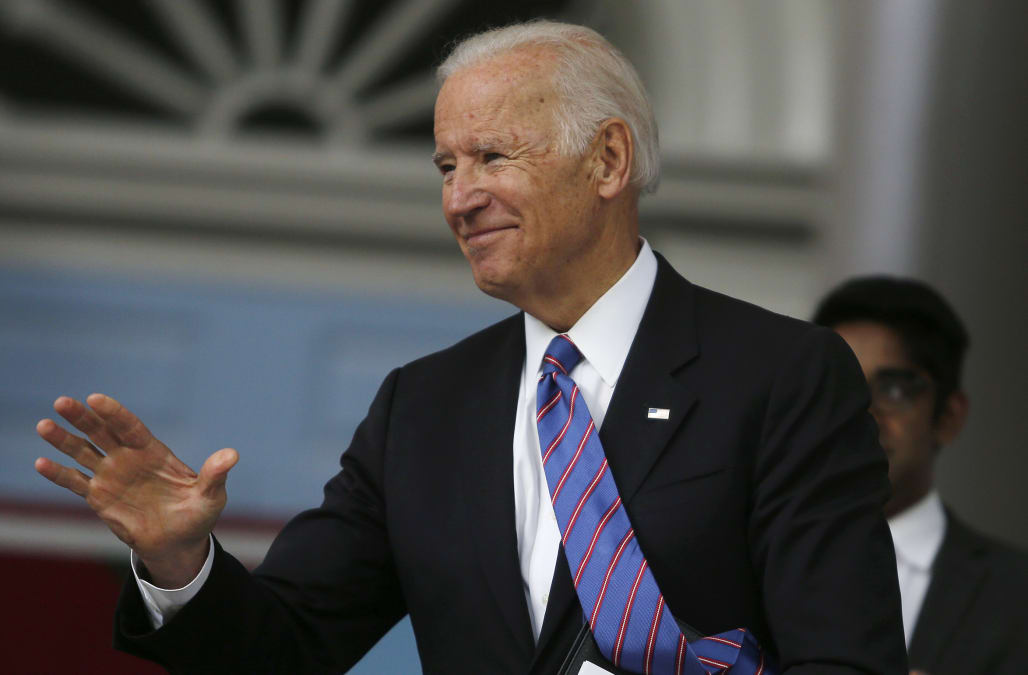 A new poll has found that former Vice President Joe Biden may be the Democratic party's frontrunner in potentially challenging President Trump in 2020.

According to a news release by Morning Consult, which conducted the survey from June 8-June 12, in conjunction with Politico, 74 percent of registered Democratic voters said they had a favorable view of Biden.

The runners-up were Sen. Elizabeth Warren of Massachusetts at 51 percent and Sen. Al Franken of Minnesota at 45 percent.

Name recognition is believed to play a role in the numbers, with Franken getting a boost from his days performing on 'Saturday Night Live.'

Meanwhile, most of the surveyed voters admitted not knowing some of the U.S. senators who have been considered strong candidates for the nomination—like Amy Klobuchar of Minnesota, Kirsten Gillibrand of New York, and Kamala Harris of California—resulting in lower favorable ratings that range from 20 to 28 percent.

Politico also points out that popular 2016 candidate Senator Bernie Sanders of Vermont was not included since he is an Independent.

However, a recent national survey by Public Policy Polling found that Sanders, Biden, Warren, Harris, and Senator Cory Booker of New Jersey could all beat Trump in a theoretical matchup, with Biden again winning by the biggest margin.

The former Vice President, who has already run for president twice, has left open the possibility of trying for a third time.