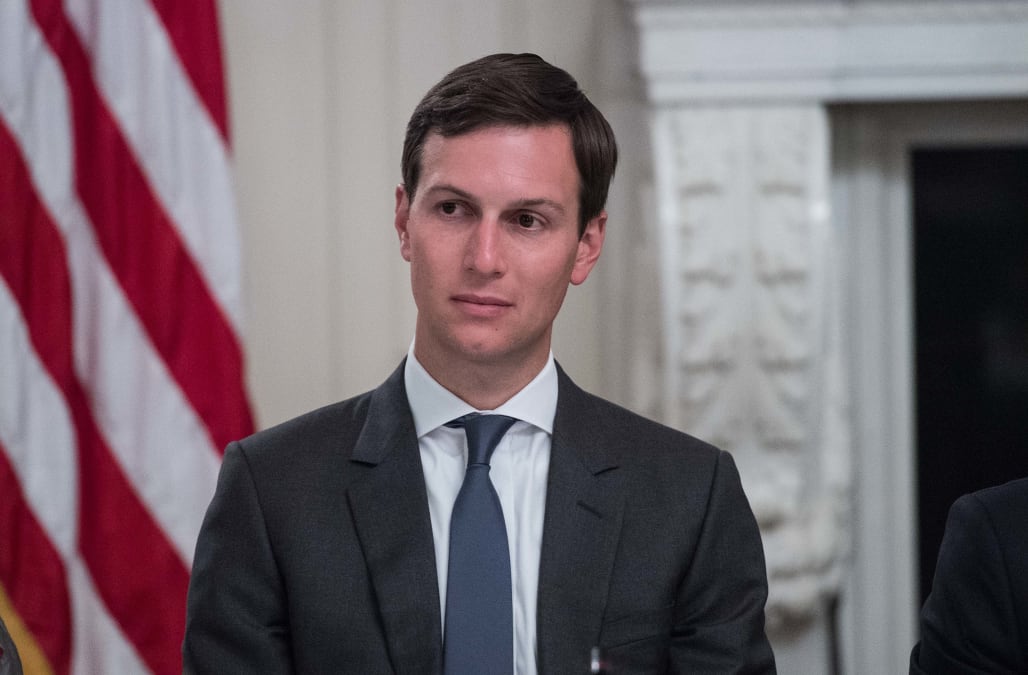 Jared Kushner, senior adviser to President Donald Trump, is considering revamping his legal team as the investigation into Russian interference in the 2016 election widens its scope, The New York Times reported on Monday, citing three people briefed on the matter.

Kushner, who is also Trump's son-in-law, came under scrutiny last month when The Washington Post reported that he proposed setting up a secret back channel of communications, using Russian facilities, between Trump and Moscow during the transition period. The Post reported that Kushner had the alleged discussions with Russia's ambassador to the U.S., Sergey Kislyak, who is a known Russian spy.

Although administration officials downplayed the situation and said they "would not be concerned" about a back channel, national security experts expressed alarm at the development, pointing out that while back channels are indeed normal, it was not normal to ask to use the facilities of a hostile foreign power to conduct such communications. The Post's story came soon after it reported that the FBI's Russia investigation, spearheaded by special counsel Robert Mueller, had expanded to include a senior White House official as a "person of interest."

It was after these reports emerged, The Times said, that Kushner's allies began searching for more high-profile and experienced attorneys to represent him. Kushner is currently represented by Jamie Gorelick, who is a partner at the firm WilmerHale. Mueller was also a partner at the firm, and he resigned from his position after he was chosen as special counsel in the FBI's Russia probe.

In addition to Kushner, the firm also represents the interests of Ivanka Trump and former Trump campaign manager Paul Manafort. Gorelick urged Kushner to consider choosing someone else to represent him at first, The Times reported.

As the Russia investigation continues, Kushner's allies have reportedly raised questions about the relationship between Gorelick and Mueller. And in recent days, Kushner has met with at least one high-profile trial attorney, according to people familiar with the situation. Kushner released a statement from Gorelick saying that the meetings took place in an effort to seek advice on the issue, not replace or supplement Gorelick's team.

"After the appointment of our former partner Robert Mueller as special counsel, we advised Mr. Kushner to obtain the independent advice of a lawyer with appropriate experience as to whether he should continue with us as his counsel," Gorelick's statement read.

People familiar with the matter said that Kushner's confidants were specifically scoping out courtroom litigators. Abbe D. Lowell, a prominent trial attorney who represented Republican lobbyist Jack Abramoff in a 2005 corruption scandal and is currently representing NJ Sen. Robert Menendez against corruption charges, was reportedly one of the people contacted.

As part of a wide-ranging inquiry into the Trump campaign's possible ties to Russia, FBI and congressional investigators are also reportedly looking into why Kushner met with Sergey Gorkov, a Russian banker who is a close confidant to Russian President Vladimir Putin, in December. The meeting between Kushner and Gorkov would have taken place shortly after Kushner's alleged meeting with Kislyak.

Gorkov was tapped by Putin to head up Russia's Vnesheconombank in January 2016, and Reuters reported that the FBI is examining whether Gorkov suggested to Kushner that Russian banks could finance Trump associates' business ventures if U.S. sanctions were eased.

SEE ALSO: The Trump administration is skirting the biggest question about Kushner-Russia ties
DON'T MISS: Russia renewed 6 Trump trademarks while interfering in the 2016 election — 4 were approved on Election Day
NOW WATCH: 'Melania needs to get with the program': Ian Bremmer explains the biggest takeaways from Trump's first foreign trip