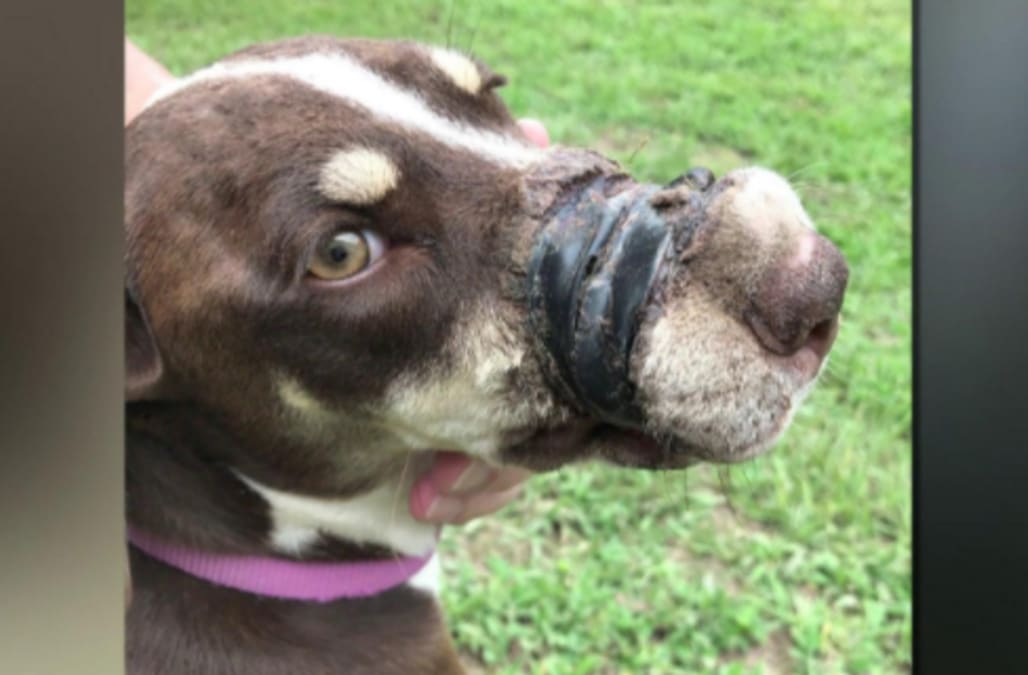 A dog found abandoned with electrical tape wrapped around its mouth several times has left a Texas community outraged.

According to NewsFix, Montgomery County authorities are investigating the incident and searching for the person accused of leaving the creature, a female dog named Justice, on the side of the road.

The tape had been on the mix-breed hound's snout for a long time, causing severe injuries.

A shelter called 'S.A.F.E' house rescue, which stands for "Saving Animals from Euthanasia," helped place Justice in a foster home in Willis, Texas.

Medical volunteers are helping her recover from the horrific injuries.

"It's kind of shocking how much we see," S.A.F.E. Animal Shelter's Aaron Johnson said, according to NewsFix. "And I think people would be amazed at the different kinds of things we see as well."

He said that they encourage people who hear of this kind of activity to let law enforcement or animal control agencies know so that they can follow up on the allegations.

"And just make sure that people are taking care of their animals the way they should be," he added.