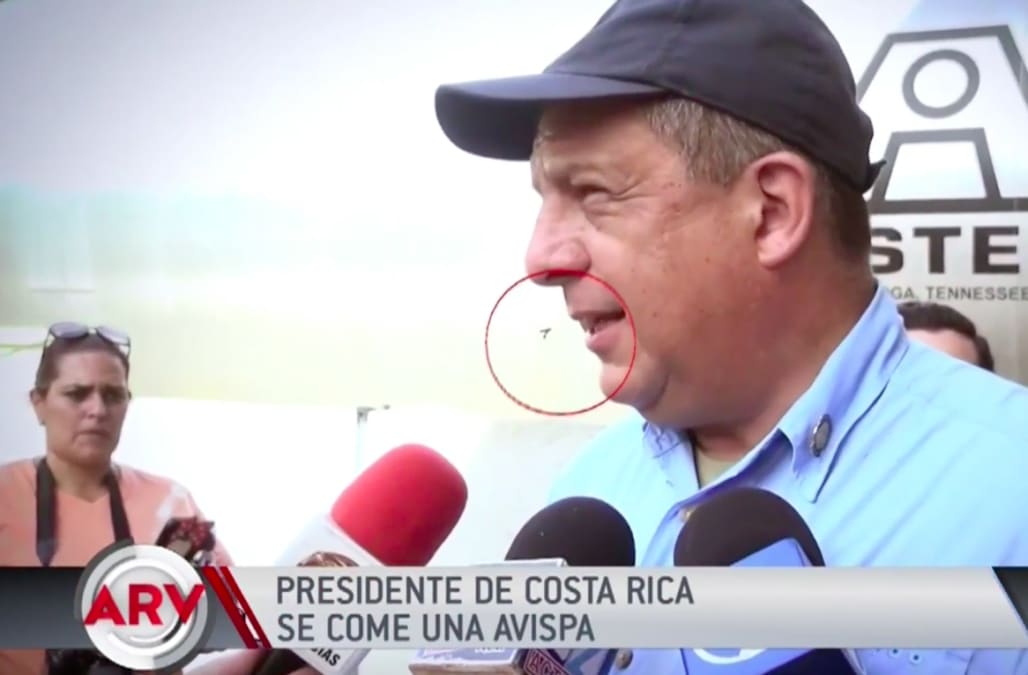 Social media will likely be buzzing about this today.

While speaking at a press briefing on Friday, Costa Rican president Luis Guillermo Solís accidentally ate a live wasp that flew into his mouth -- and he was barely even phased by it.

The incident was captured on film by news outlet PZ Actual at an event held to celebrate the opening of an asphalt plant in Paso Real, Puntarenas.

The footage shows a small wasp briefly hover around Solís' mouth before eventually flying straight in.

After Solís seems to realize there was something in his mouth, he stops talking, seemingly taking a second to chew and swallow the creature before announcing in disbelief, "I ate it. I ate the wasp."

"You don't see that every day," the president joked while taking a sip of water. "They're going to send it to CNN, pure protein."

Shockingly, Solís continues to soldier on through the conversation.

More footage of the interview: