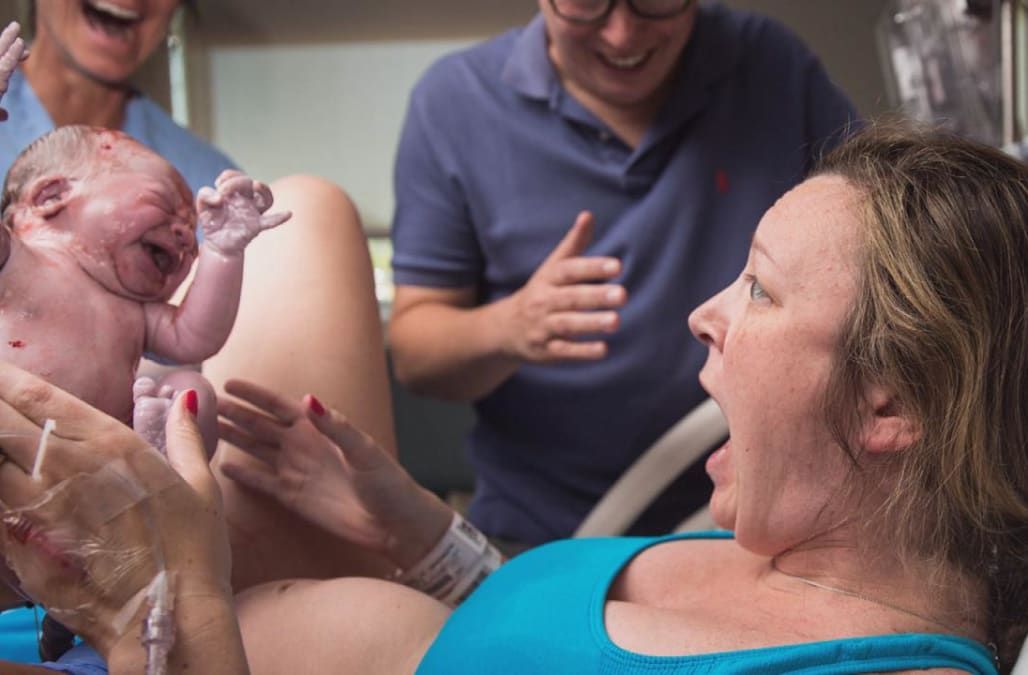 Surprise! The stunned look on Dara Crouch's face says it all as she gave birth to her family's first boy in 50 years.

Crouch, who is also a delivery nurse at the hospital, didn't know the sex of her baby until the day she gave birth on April 25 and it was a reveal she will never forget.

In photos taken by her friend and professional photographer, Neely Ker-Fox, Crouch is seen with her mouth gaped open as she looks at her baby boy for the first time.

Even as she held him, the Georgia resident was in utter disbelief that Liam was not the girl she was expecting, given her family's history.

Ker-Fox didn't even know Crouch's family was lacking males until her photos and the story went viral.

"Her reaction initially was a genuine surprise that it was a boy," Ker-Fox said.

Ker-Fox has been a birth photographer for about eight years, snapping more than 100 births, but she said this one was perhaps the most special.

"What made her so different for me was that she looked directly at my camera," Ker-Fox said. "It's just a very raw human experience that you can relate to birth, how authentic and real and relatable it is."

Liam is Crouch's second child after his older sister, Neyland, 3, whose birth was also photographed by Ker-Fox.

The newborn was born 7 pounds and 15 ounces of pure astonishment.

Ker-Fox told Inside Edition the delivery room was filled with guests, including two midwives, a friend who served as delivery nurse and Crouch's husband, who was later joined by Neyland about an hour later.

"We were all personally invested in her," she said.