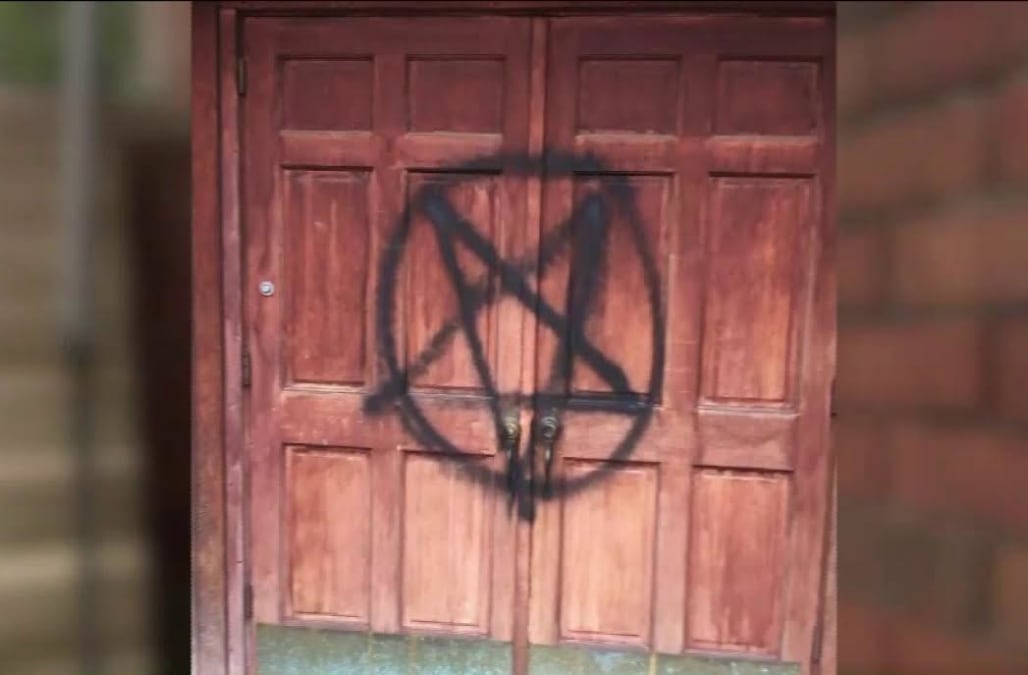 WPIX obtained exclusive images of the disturbing graffiti from a concerned parishioner. One image shows a satanic symbol in front of a church, and another shows the words "Hail Satan" sprayed on a brick wall.

"It's very upsetting that someone would desecrate a house of God," Deacon Alton Lamont told WPIX.