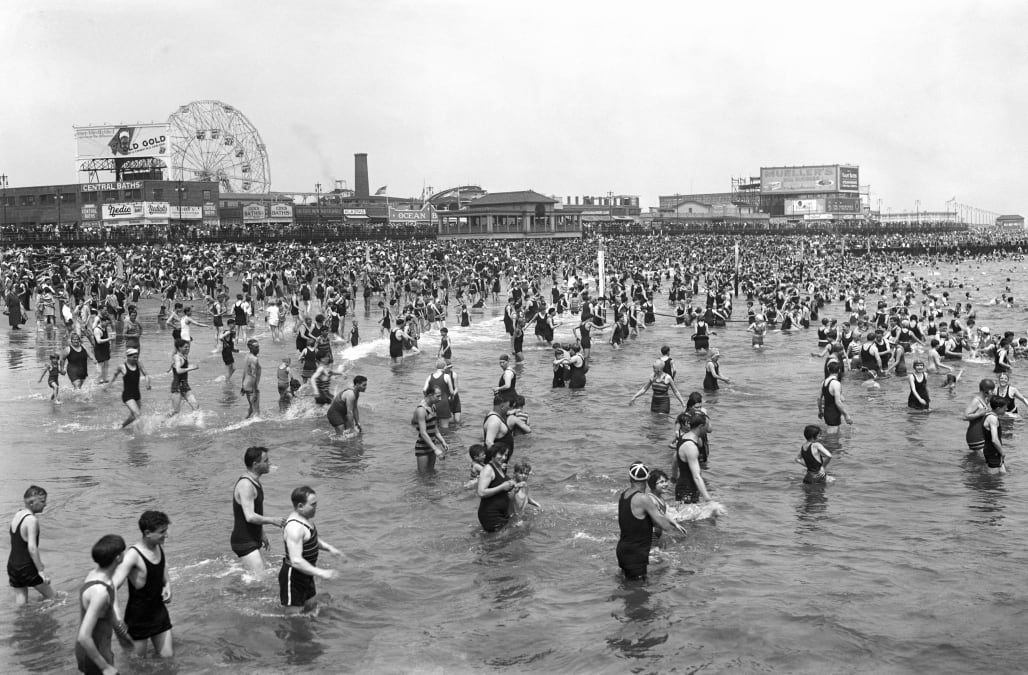 For over a century, Coney Island has been attracting New Yorkers and tourists alike to its sandy beaches, fun carnival foods, and amusement rides.

Coney Island opened with just one roller coaster in 1895, but by 1904 had three amusement areas with many different rides: Dreamland, Luna Park, and Steeplechase Park.

When the New York subway connection to Coney Island was built in 1920, the neighborhood became a place that people of all races and social status could visit, which upset the crowd of wealthy people who were previously known to migrate to that area.

Over the years, Coney Island has undergone many changes, yet it still remains a popular place for tourists and locals.

Below, see vintage photos of the popular amusement park:

The boardwalk was built to accommodate visitors in 1926. On some days, the park was so packed that there were no places to sit — even on the sand.

The Cyclone roller coaster has been operating for almost 90 years. It officially opened in 1927.

The amusement areas at Coney Island — Dreamland, Luna Park, and Steeplechase Park — made it the largest amusement area in the nation from the end of the 19th century through World War II.

Parts of the original Luna Park burned down in 1944, and it was officially closed in 1946.

None of the three original amusement areas are currently there, thanks to several fires and closures. A newer version of Luna Park opened up in 2010.

Many of the roller coasters that were burned down now have newer versions — such as the Thunderbolt, which was originally built in the 1920s and reinvented in 2014.

The beach has always been a place where people flock to during the hot summer days. Here's a scene of a particularly crowded day.

The Wonder Wheel is the oldest ride in the area. It has been operating since 1918 and is now known as a National Historic Landmark.

Coney Island is also home to many popular food locations, like Nathan's Famous, which opened its first location in Coney Island in 1916.

Frozen custard was invented in Coney Island when ice cream vendors Archie and Elton Kohr found a way to make ice cream stay cold for a longer period of time.

Today, visitors can still enjoy a number of rides, walk along the boardwalk, and take a swim in the Atlantic Ocean.

More from AOL.com:
Painting found in an attic may be a $10 million Jackson Pollock
Vintage photos of the first ever national rice festival in Louisiana
These are the winning words from every National Spelling Bee since 1925