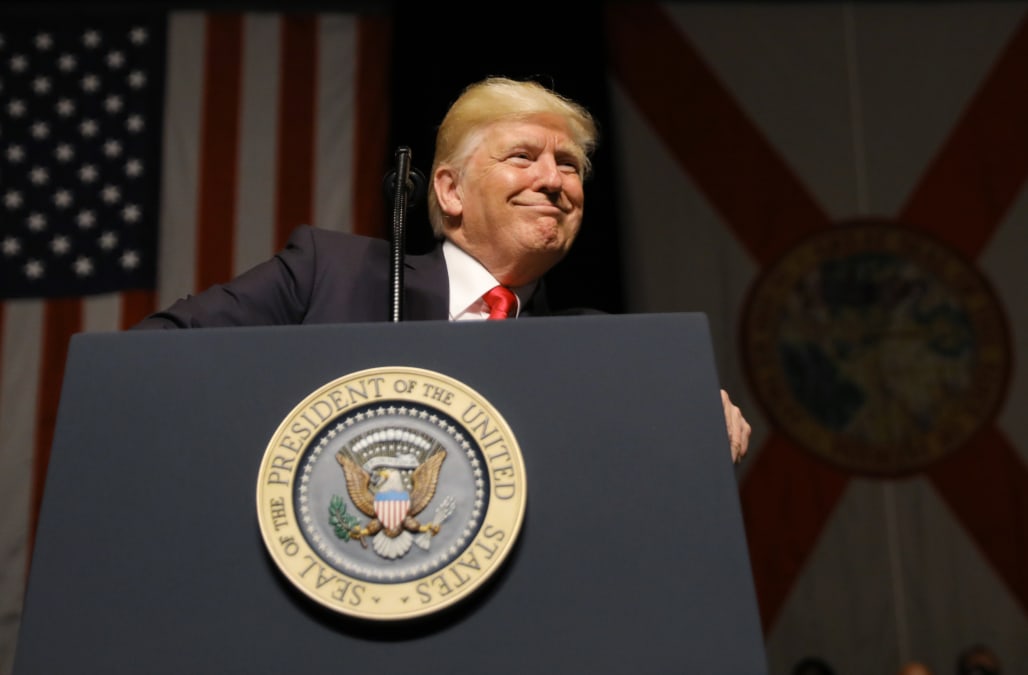 Just days after President Trump posted on Twitter about his support rising in a new poll, his numbers have once again dropped below the 50 percent mark.

The latest Rasmussen daily presidential tracking poll released on Monday shows that 48 percent of Americans now say they approve of the job Trump is doing, which is down two points since the president shared an image celebrating his support reaching 50 percent.

Rasmussen has become an outlier poll as other major survey have the president's approval rating hovering around 38-40 percent pretty consistently.

According to Gallup on Monday the president currently sits at a 38 percent approval rating, with a disapproval of 56 percent.

On Friday Trump tweeted an image showing his 50 percent approval rating from Rasmussen and also said, "The new Rasmussen Poll, one of the most accurate in the 2016 Election, just out with a Trump 50% Approval Rating.That's higher than O's #'s!"

The new Rasmussen Poll, one of the most accurate in the 2016 Election, just out with a Trump 50% Approval Rating.That's higher than O's #'s!

The 44th president of the United States also closed out his second term in January with a 62 percent approval rating.