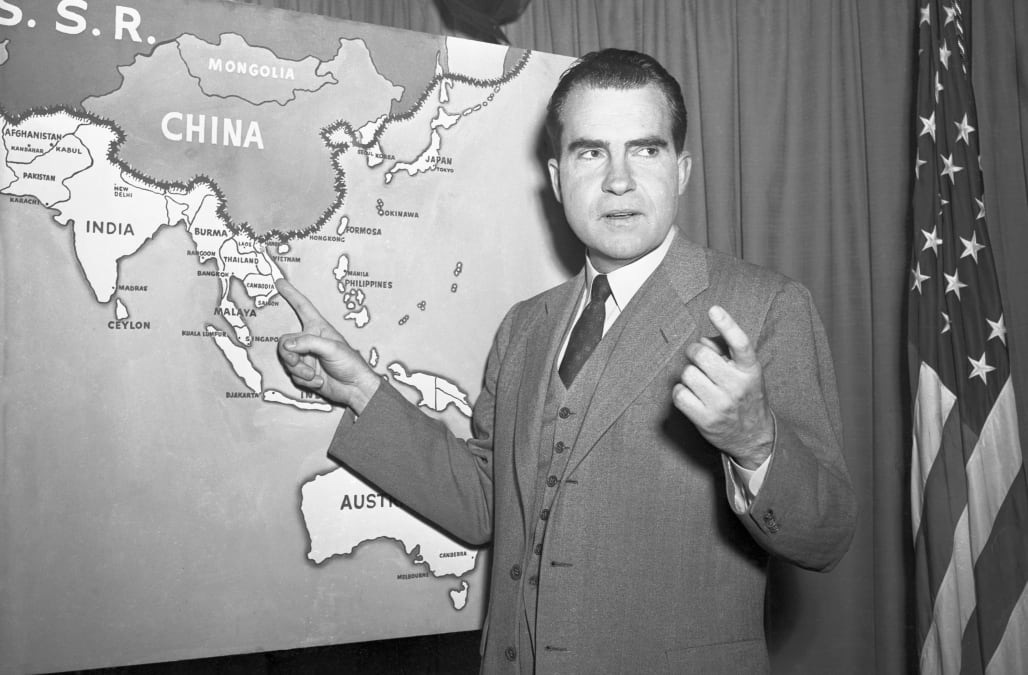 Watergate prosecutors had evidence that operatives for then-President Richard Nixon planned an assault on anti-war demonstrators in 1972, including potentially physically attacking Vietnam whistleblower Daniel Ellsberg, according to a never-before-published memo obtained by NBC News.

The document, an 18-page 1973 investigative memorandum from the Watergate Special Prosecution Force, sheds new light on how prosecutors were investigating attempts at domestic political violence by Nixon aides, an extremely serious charge.

NBC News is publishing the memo, and an accompanying memo about an interview prosecutors conducted with GOP operative Roger Stone, as part of special coverage for the 45th anniversary of the Watergate break-in.

READ: Prosecutors' Memo on "Investigation Into The Assault On Anti-War Demonstrators On May 3, 1972"

READ:Prosecutors' Memo on "Interview with Roger Stone, re: May 3rd Incident"

A plot to physically attack Ellsberg is notable because the former Pentagon official has long alleged that Nixon operatives did more than steal his medical files, the most well-known effort to discredit him.

In his memoirs, Ellsberg wrote that in May 1972, the White House had flown "Cuban-American CIA 'assets' from Miami to Washington to disrupt a rally that I and others were addressing on the steps of the Capitol," with orders "to incapacitate [me] totally."

Nixon officials denied that account, however, and there were never any indictments related to the accusation.

The memo, written on June 5, 1975, by Watergate special prosecutor Nick Akerman, provides some contemporaneous support for Ellsberg's allegation that he was targeted.

It states that "an extensive investigation" found evidence that Nixon operatives plotted an "assault on antiwar demonstrators" at a rally at the U.S. Capitol featuring Ellsberg and other anti-war "notables." The anti-war demonstration occurred near a viewing of recently deceased FBI Director J. Edgar Hoover. An accompanying memo by Akerman summarizes his interview with Stone, who said he helped organize young Republicans to join the counter-demonstration but who had no apparent knowledge of the White House plot on Ellsberg.

The attack would be on "long-haired demonstrators, in particular Ellsberg," the prosecutors' memo states, with the objectives of impugning Ellsberg for protesting near to Hoover lying in state and "simply having Ellsberg beaten up."

Akerman, appearing on Ari Melber's MSNBC show "The Point" on Sunday night moments after the documents were revealed, said Ellsberg emerged unscathed that day. "They were unable to reach him for some reason," Akerman told Melber, saying the reasons remained unclear.

Prosecutors initially responded to newspaper reports that Bernard Barker, a Cuba-born Watergate burglar, and a group of nine Miami associates "had engaged antiwar demonstrators in a fight" and that Colson was behind it.

Colson pleaded guilty to obstruction of justice related to stealing Ellsberg's medical files, but was never charged for conduct related to this plot. The memo addresses that distinction, noting that while prosecutors concluded Colson was involved, the evidence they had "would not be sufficient to indict Colson."

Akerman told Melber that "it was the release of the Pentagon Papers that really set him (Nixon) off."

Stone, who also appeared on "The Point" Sunday night, insisted it was Henry Kissinger who had been riling up Nixon against Ellsberg — a point Akerman heatedly rejected.

"The Nixon administration's paranoia about Daniel Ellsberg is driven by Henry Kissinger," Stone said. "You can hear him in the tapes: 'He's a pervert, Mr. President. He must be dealt with, Mr. President.'"

Akerman's memo also suggests that Nixon was briefed on aspects of the plot, because aides John Ehrlichman and Bob Haldeman said the story "might someday hurt the president" if links to Nixon operatives were revealed. Ehrlichman had discussed "bringing the Cubans up to rough-up the demonstrators," and Nixon responded, "Campaign activities — I got that."

The conversation, captured on the Watergate tapes, continues as the talk turns to how the incident might ultimately be handled by Congressional investigators and the Watergate prosecutors.

"Probably, [it] will get in some way logged into the grand jury business because of the money," Haldeman says.

While that possibility apparently concerned the White House, the document shows prosecutors never had quite enough evidence to build the plot against the antiwar protestors into their case against Nixon and his operatives.

"I think what it (the plot) tells us is that Watergate was a much greater attack on our democracy from all different respects," Akerman told Melber. "People think of it as just the Watergate break in at the Democratic National Committee headquarters in Washington. It was much more than that."

More from NBC news:
Obstruction of Justice: What It Is and Why Trump Should Care
Trump Warned of Endless Clinton Investigations. Instead, the Focus Is on Him
Trump Confidant Chris Ruddy Slams Spicer Over Mueller Flap