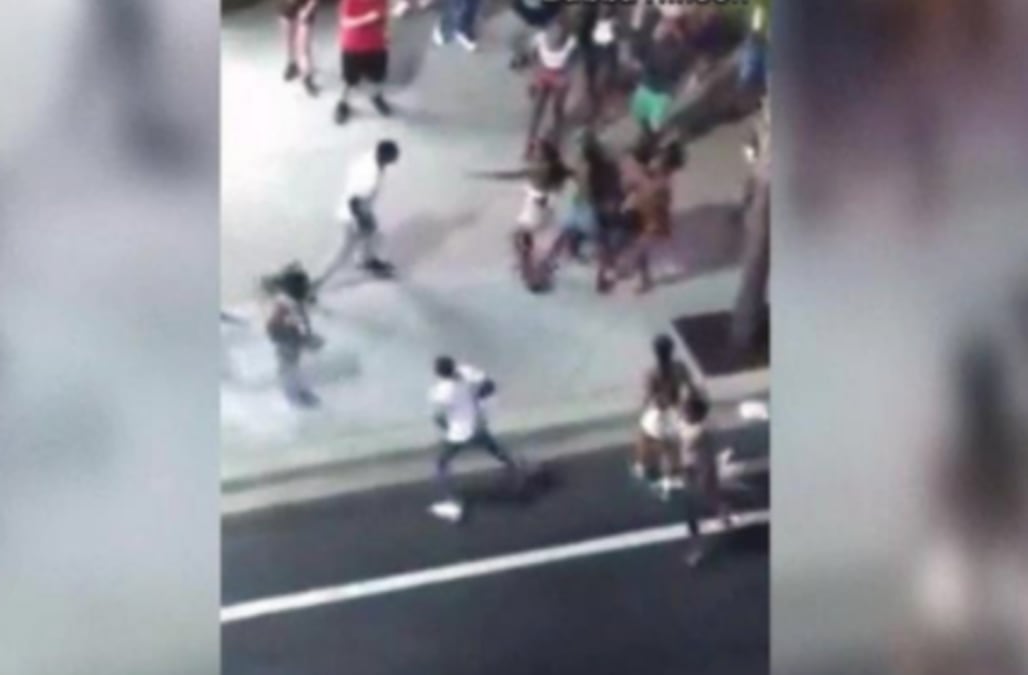 A volunteer firefighter on vacation in Myrtle Beach, S.C., found himself in the middle of the action when he suddenly became the live cameraman of a mass shooting.

In the video, Hinson yells "Multiple people down!" as a gunman open fired and sent a crowd of people running in multiple directions early on Sunday.

According to Myrtle Beach Online, this was one of three shootings that occurred over the weekend in Myrtle Beach, leaving eight people wounded in total.

"If you're watching this, stay away from Fourth Avenue North and Ocean Boulevard," Hinson said while filming. "There's multiple people been shot!"

He said he started filming in the first place because he thought the crowd was filming. Then, they started fighting, and it quickly escalated to gunfire.

Fox 8 reports that the shooter pulled out his gun, fired then carjacked a vehicle. He was eventually shot by a security officer.

Seven people including the gunman were taken to the hospital with non-life threatening injuries.

Police say the gunman's name will be released once he is medically cleared to leave the hospital and the proper warrants are served.

More from AOL.com:
Video shows police rescuing woman who was kidnapped by serial killer
Woman said she shoplifted because she was 'studying kleptomania'
The Alexandria shooter's anger toward the government was evident as far back as 2011 in this interview