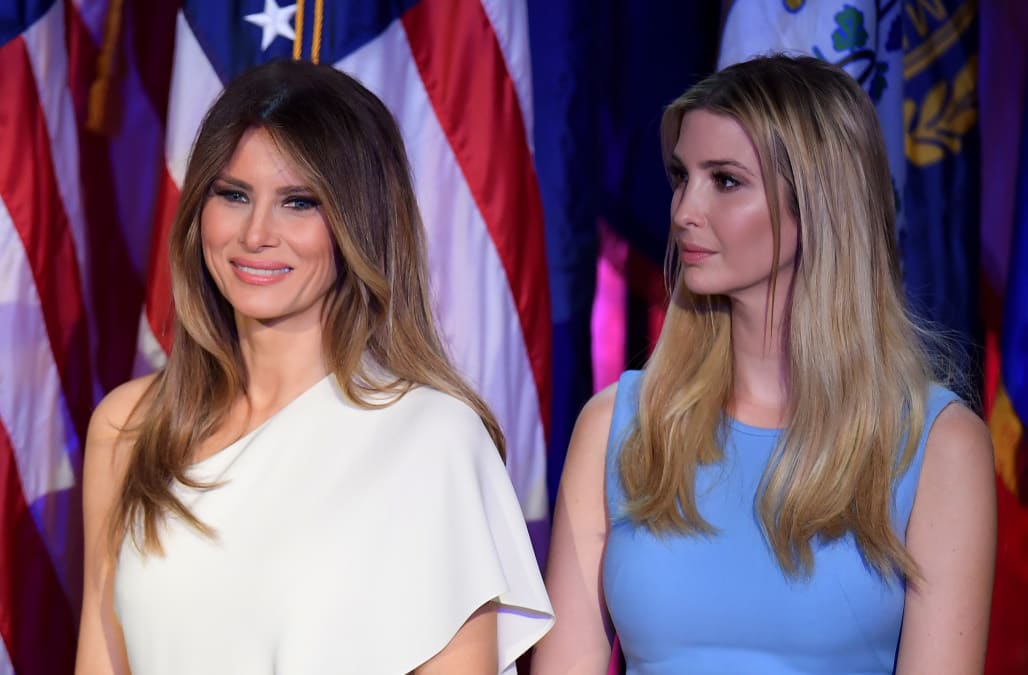 Ivanka Trump shared a photo of herself with her father and her husband, Jared Kushner, writing, "What an amazing year it has been for us all. Happy #FathersDay to these two incredible dads!"

One response to the tweet read, "2 dads being investigated by the FBI. Great indeed."

Another said, "What do you get a father who's about to be imprisoned?"

Reactions to Melania and Ivanka's Father's Day messages
What an amazing year it has been for us all. Happy #FathersDay to these two incredible dads! https://t.co/z8OZu5Vs8G
@IvankaTrump What do you get a father who's about to be imprisoned? 🤔
@IvankaTrump 2 dads being investigated by the FBI. Great indeed
@FLOTUS @POTUS Best @FLOTUS EVER #MAGA
@4AllSoulKind @FLOTUS @POTUS Let's not get carried away now...
@FLOTUS @POTUS Thank you Mrs. Trump! TY for your demeanor and leadership! What a great First Lady. Haven't had one since Jackie.
#HappyFathersDay @POTUS ❤️
Up Next

Users also hit back at Melania Trump after she wrote, "#HappyFathersDay @POTUS."

"He is throwing your stepkids under the bus.... How can you wish this man a 'happy' anything?" one reaction claimed.

For his part, on Sunday Trump retweeted a comment regarding the media's focus on Russia and his son's tweet about the father of Otto Warmbier.

He also tweeted about his agenda and approval ratings, as well as writing, "Camp David is a very special place. An honor to have spent the weekend there. Military runs it so well and are so proud of what they do!"