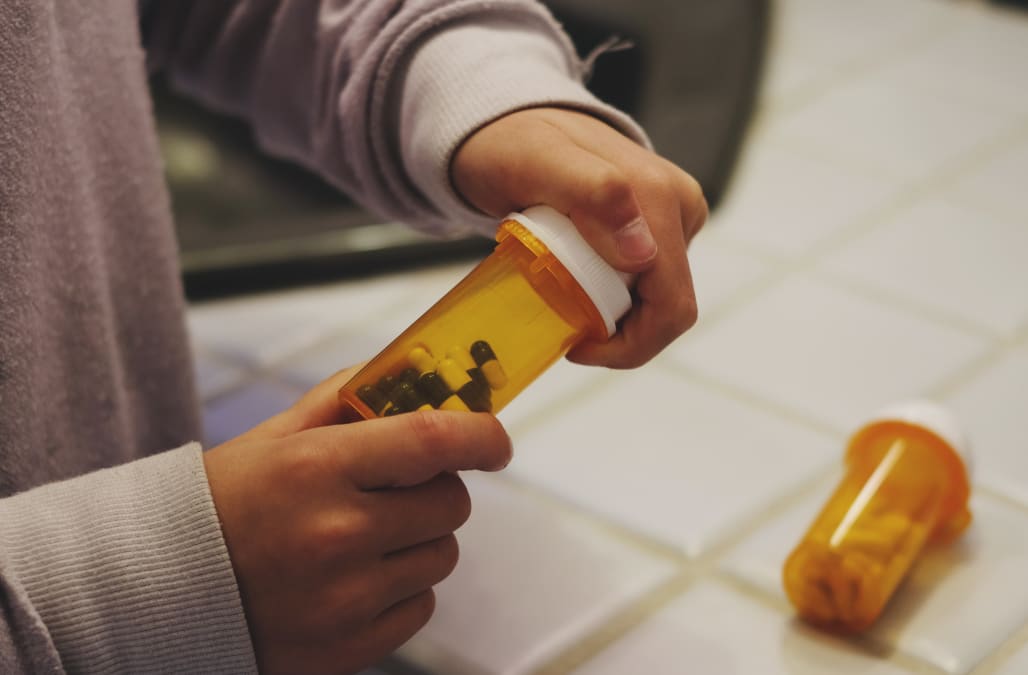 "We're on a pace to have 800 people die this year due to overdose in our county," Sheriff Phil Plummer told NBC News. "Per capita, we're Number 1 in the nation in overdose deaths."

Overdoses are the leading cause of death for Americans under 50 — they now claim more lives than car crashes, gun deaths and the AIDS virus did at their peaks.

In recent years, the synthetic opioid fentanyl been flooding Dayton and other American cities, trafficked by Mexican cartels who have turned the extremely potent drug into a money-maker.

In Ohio, it has sent the death toll surging. According to data from the Montgomery County coroner, 365 people died of drug overdoses from January through and May of this year; 371 people died of such causes in all of last year.

Related: What Is Fentanyl? The Drug That Killed Prince Has Killed Thousands of Others

On any given day, Montgomery County sheriff's deputies respond to multiple overdose calls and are equipped with Narcan, or naloxone, a nasal spray that counteracts the effects of a drug overdose.

Each deputy carries two doses, but that isn't always enough to save lives. One deputy said that more than 20 doses were needed to revive a recent victim and that victims often don't survive.

The death toll has overwhelmed the coroner, who tests for more than two dozen varieties of fentanyl during autopsies, and the county morgue's body cooler is consistently filled with overdose victims.

Coroner Kent Harshbarger estimates that 60 percent to 70 percent of the bodies he sees are those of overdose victims and that by the end of the year, he'll have processed 2,000.

Because his staff covers one-fifth of Ohio, he estimates that the state will see 10,000 overdoses by the end of 2017 — more than were recorded in the entire United States in 1990.

"This is no different than some kind of mass-casualty event in any other form. It's just a medical event," Harshbarger said in a hallway just steps from several autopsy rooms that doctors were walking in and out of. "It needs to be recognized that way to bring some federal assets to help us."