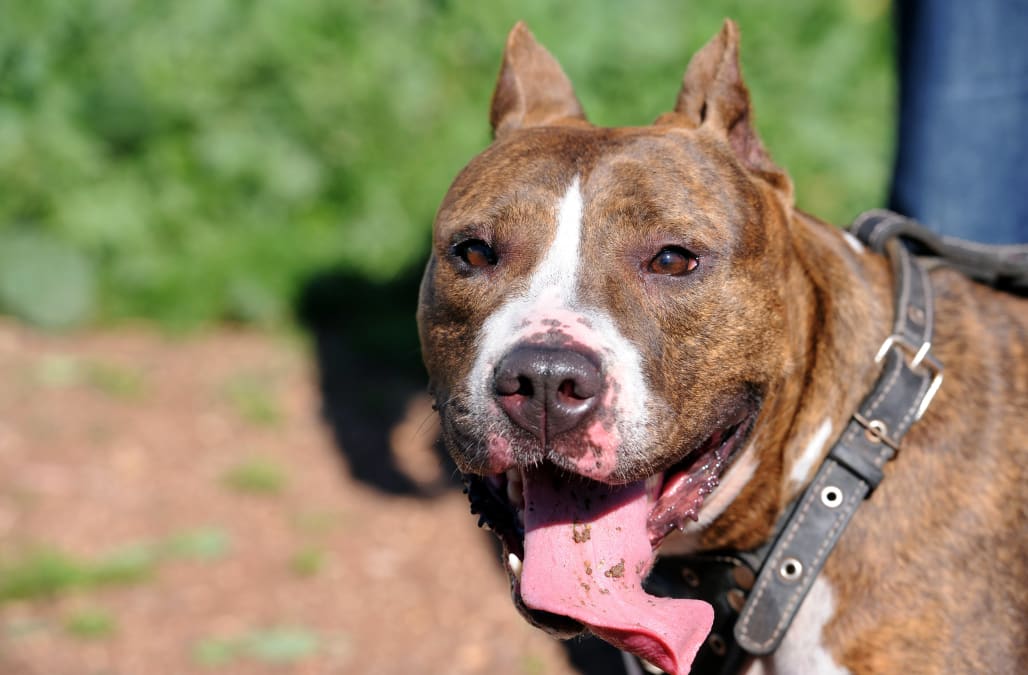 A deaf pit bull that was found chained to a fence in the freezing February weather in New York City is now learning sign language.

Blue, the 4-year-old dog, was being treated with an infection when handlers at the ASPCA noticed something was different about her. She did not react to loud sounds -- ones that would usually startle dogs.

A veterinarian confirmed that Blue was deaf, though the cause remains unknown according to the New York Post. Regardless, the ASPCA set Blue up with specialists. In order to find a forever home, they needed to train her.

The Post reported that the first sign Blue learned was the "thumbs up" to signal that she performed a task correctly. Subsequently, she learned other commands in sign language like "stay" and "lie down."

Joey Teixeira, the senior manager of the ASPCA's Adoptions Center, told the Post that Blue is ready for a home. "Blue may not be able to hear," he said, "but she's fluent in the language of cuddles, belly rubs and tasty treats."

Check out other very happy animals